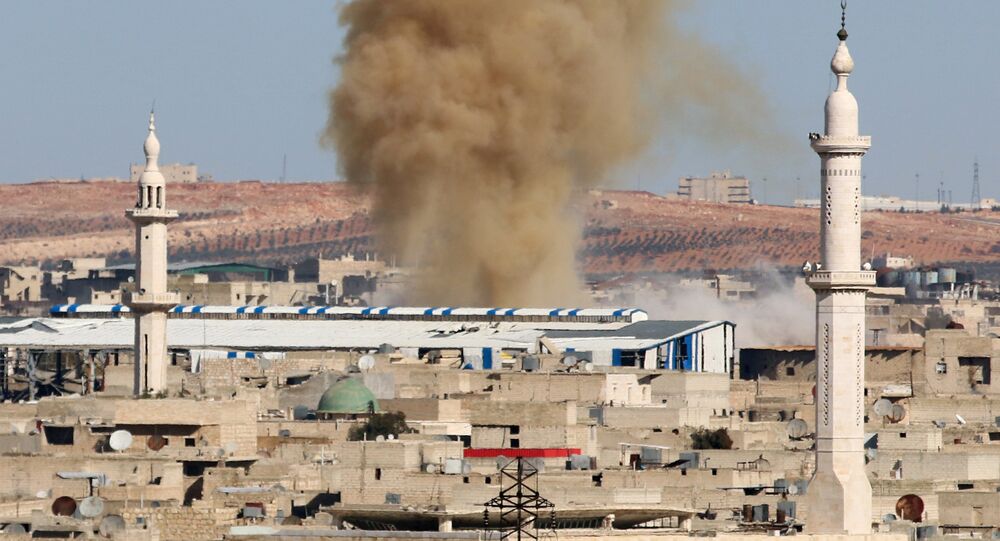 The claims of adviser to UN special envoy for Syria Jan Egeland that the implementation of a UN humanitarian plan in Aleppo depends on Moscow and Damascus is a distortion of facts, the evidence of opposition’s readiness to stick to it may be fake, a Russian diplomatic source told Sputnik.

According to the source, one of the confirmations transferred to Russia by Egeland was made by the Free Syrian Army, but included groups which are not part of it. There were no signatures or names of field commanders in any of the documents.

"We have a suspicion that this may end up being a forgery given to the United Nations by militants," the source stressed.

Russia has not received a confirmation of the local council, which derailed humanitarian aid deliveries in August, to stick to a UN humanitarian plan on eastern Aleppo, source added.

According to the source, the United Nations must first receive a statement from the local council on readiness to stick to the plan before demanding anything from Moscow and Damascus.

© REUTERS / Lucas Jackson
UN Must Name Terrorists Responsible for Killing Civilians in Syria - Russian Deputy Envoy
"Because it was the local council that derailed humanitarian cargo deliveries to east Aleppo in late August," the source said.

Russia is ready for further cooperation with the UN on the humanitarian situation in Syria, but wants to receive explanations regarding some aspects of the UN's humanitarian plan in Eastern Aleppo, the source said.

"Russia supports the UN's humanitarian efforts to render assistance to the population in Eastern Aleppo and is ready for further cooperation," the source told Sputnik.

He said Moscow had several times introduced humanitarian pauses in Aleppo, had jointly with the UN developed a plan to evacuate those sick and wounded from the eastern part of the Syrian city and had been ready to implement it, but added that Russia would like to receive some explanations.

"We want to receive explanations from the UN on a number of issues. Including statements on the Eastern Aleppo Local Council's consent to the humanitarian plan, the names of field commanders who guarantee security on certain sections of the humanitarian convoy's routes, as well as a clear indication who will distribute humanitarian aid when it is delivered," the source said.

Syrian Army Has All Info on Locations of Militants, Infrastructure in Aleppo