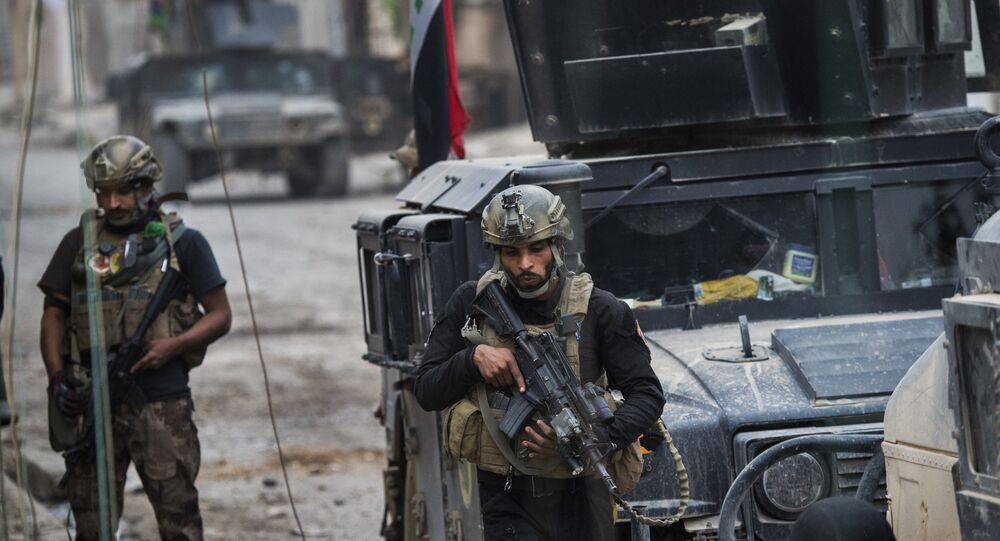 The Iraqi forces got about a third of the way into eastern Mosul occupied by the Daesh, according to the statement of Operation Inherent Resolve spokesman Col. John Dorrian.

WASHINGTON (Sputnik) — The Iraqi forces have advanced third of the way into the eastern part of the Iraq's city of Mosul occupied by the Daesh, Operation Inherent Resolve spokesman Col. John Dorrian said on Wednesday.

"The Iraqi forces have gotten about a third of the way into eastern Mosul," Dorrian told reporters. "That’s a very small area, and we are not going to comment on the position of our US or coalition advisors in the relation to those forces."

© AP Photo / Azad Lashkari
US-Led Coalition Conducts Eight Airstrikes on Daesh Positions Near Iraq’s Mosul
Mosul has been occupied by the Daesh, a jihadist group outlawed in Russia, since 2014. The operation to retake the city from the terrorists began on October 17.