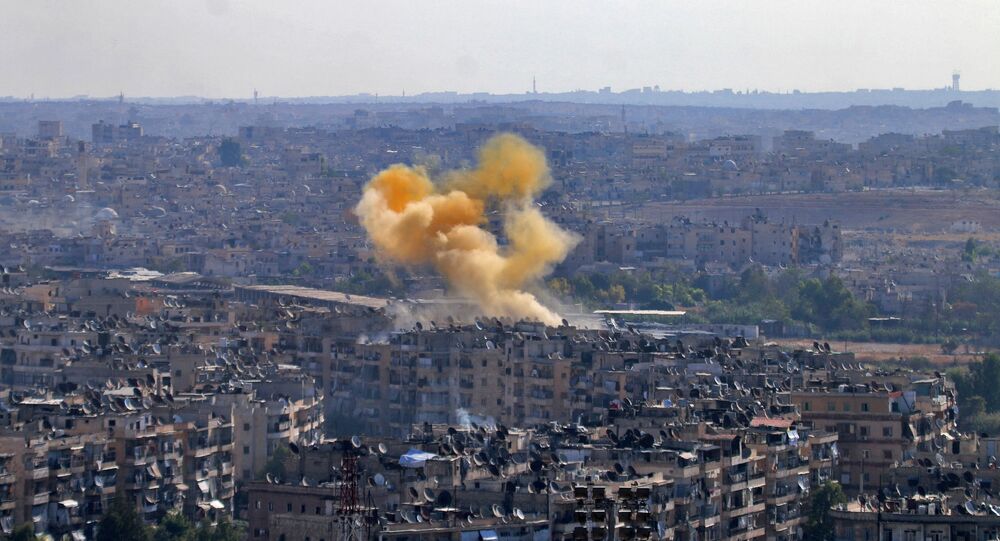 DAMASCUS (Sputnik) – Three people have been killed and four others injured, as the attack unfolded in the Salaheddine district.

“The shelling was carried out in the afternoon. The attack was directed against the Salaheddine district; in northern part of the district one of the humanitarian corridors is organized. At the moment we have 3 people killed and four injured,” the source told RIA Novosti.

© AFP 2021 / ABDULMONAM EASSA
Total of 904 Settlements Have Joined Syrian Ceasefire - Russian Defense Ministry
Syria's civil war between government forces and a wide range of insurgents, including opposition groups and terrorists, such as Islamic State and Jabhat Fatah al Sham, both outlawed in Russia, has raged for some five years and has claimed hundreds of thousands of lives.