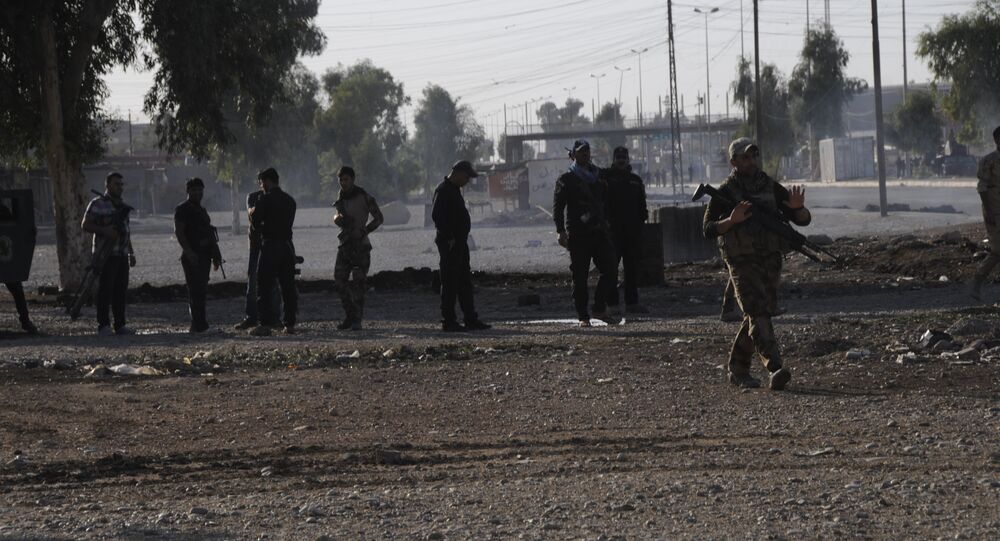 Earlier in the week, the Iraqi army managed to enter a key district of Mosul called Gorcelil, just outside the city center. After fierce battle, the army managed to completely clean it of Daesh militants. About 40 jihadists were killed in violent clashes.

Due to the conflict, large parts of houses and public buildings in the neighborhood where most of the Kurds, Arabs and Assyrians live were destroyed.

After the liberation of the district, locals who were trapped in their homes during the clashes poured out into the streets holding white flags in their hands, celebrating their freedom from the jihadists.

A Sputnik Turkey correspondent paid a visit to the district where work on cleaning up the debris and demining explosives planted by militants is underway.

It was reported that as a result of the liberation of the district Iraqi government forces managed to make significant gains into the city, forcing the militants to retreat deeper into the center of Mosul.

On October 17, Iraqi Prime Minister Haider Abadi announced the start of a military operation to retake Mosul from Daesh with the help of airstrikes by the US-led international coalition. According to media reports, 30,000 Iraqi soldiers and 4,000 Kurdish Peshmerga fighters initially took part in the operation.