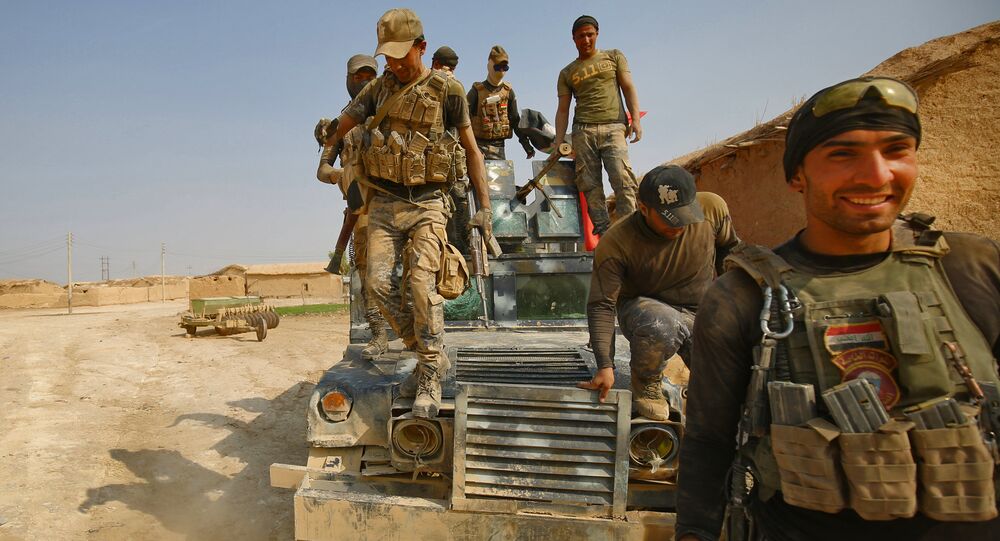 Special counterterrorist units of Iraq reached the outskirts of the Qawsyat district, that is the first district that belongs to the northern part of Mosul, according to a military source.

“Special counterterrorist units are now at the outskirts of the Qawsyat district, that is the first district that belongs to the northern part of Mosul,” the source said.

© REUTERS / Stringer/Files
Daesh Militants Throw 16 People Off Bridge in Mosul
On October 17, Iraqi Prime Minister Haider Abadi announced the start of a military operation to retake Mosul from the Islamic State terror group (ISIL or Daesh), which is outlawed in Russia and a number of other states.

According to local media, about 30,000 Iraqi soldiers and 4,000 Kurdish Peshmerga fighters are taking part in the operation, backed by airstrikes carried out by the US-led international coalition