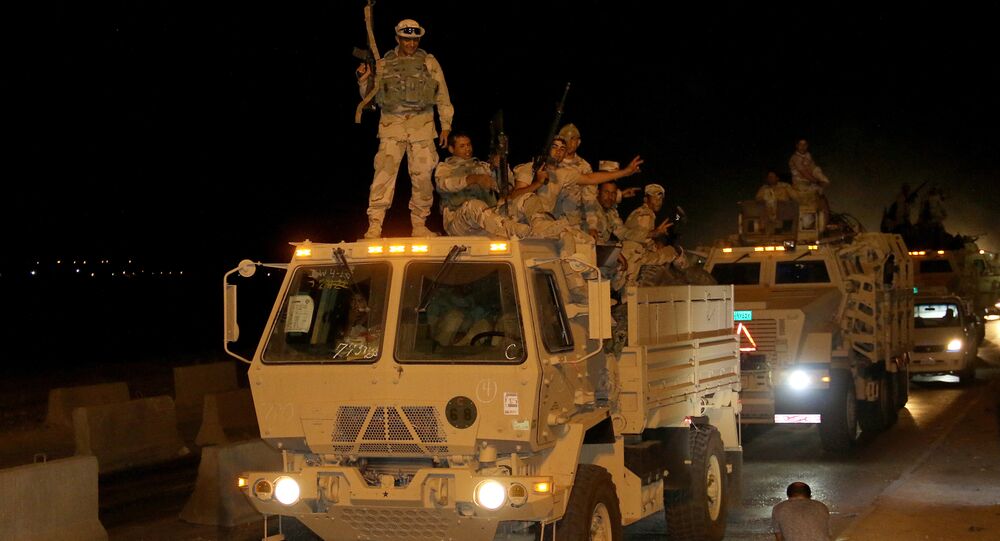 Daesh militants are employing a new tactic of trying to divide the Iraqi and the Kurdish forces by attacking other cities in the country while the offensive to liberate Mosul is underway to complicate the situation, the representative of the Iraqi Kurdistan Regional Government in Russia told Sputnik.

MOSCOW (Sputnik) – Earlier in the day, media reported that Daesh militants had launched an attack on several venues across the northern city of Kirkuk. The city lies some 110 miles away from Mosul, which Iraq is trying to liberate from Daesh.

"I think they are changing their plans to divide the Kurdish and the Iraqis, so that combat is taking place not only in Mosul but only began in other cities, so it is more difficult for the Iraqi army, the Peshmerga forces. What is happening in Kirkuk now is something new, a new tactic," Aso Jangi Talabani, currently on the ground, said.

The Iraqi government announced an operation to retake Mosul from Daesh, a group outlawed in Russia, on Monday and has been making rapid gains on several fronts.

"Another problem is that civilians still remain inside Mosul, more than 600,000 are still there, so this complicates the operation very much, especially for the Iraqi [army]," Aso Jangi Talabani said.

Both Iraq, Coalition Against Turkey Taking Part in Liberating Mosul

Both Iraq and the international US-led coalition are against Turkey participating in the operation to liberate Mosul, Ankara has its own aims which will complicate the situation on the ground, the representative of the Iraqi Kurdistan Regional Government in Russia told Sputnik.

© REUTERS / Stringer
Butterfly Effect: This is What Could Happen After Ankara's Meddling in Mosul Battle
According to Talabani, both Iraq's Peshmerga Kurdish militias and the militants of the Kurdistan Workers' Party (PKK) group, which Ankara considers terrorist, will take part in the operation to free Mosul, "so it will be very scary if Turkey participates."

According to local media, about 30,000 Iraqi soldiers and 4,000 Kurdish Peshmerga fighters are taking part in the Mosul operation, backed by artillery and airstrikes carried out by the US-led international coalition.