Daesh terrorist group could use chemical weapons as it retreats the Iraqi city of Mosul two years after its capture, a member of the Kurdistan Democratic Party (KDP) in Russia said Thursday. 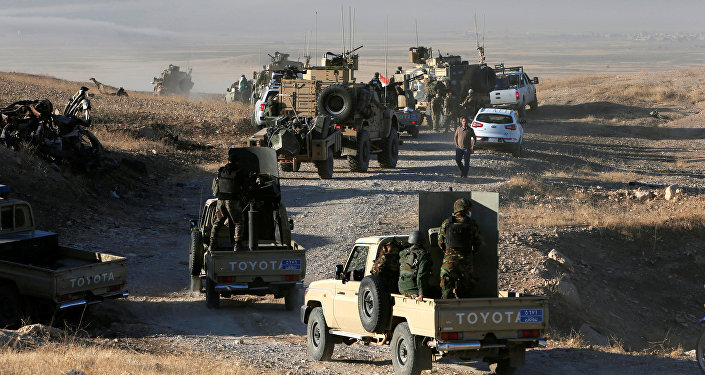 © REUTERS / Azad Lashkari
'Daesh Ranks Panicking, Commanders Fleeing' From Mosul to Syria Amid Offensive
MOSCOW (Sputnik) — On Wednesday, the Pentagon said that Daesh may resort to use of chemical weapons as the battle for Mosul has intensified.

"Yes, and it has been used. It is proven by documents. The wounded were treated in Germany from chemical weapons [wounds]. It is possible that they can use it when they feel threatened," Hoshawi Babakr told RIA Novosti.