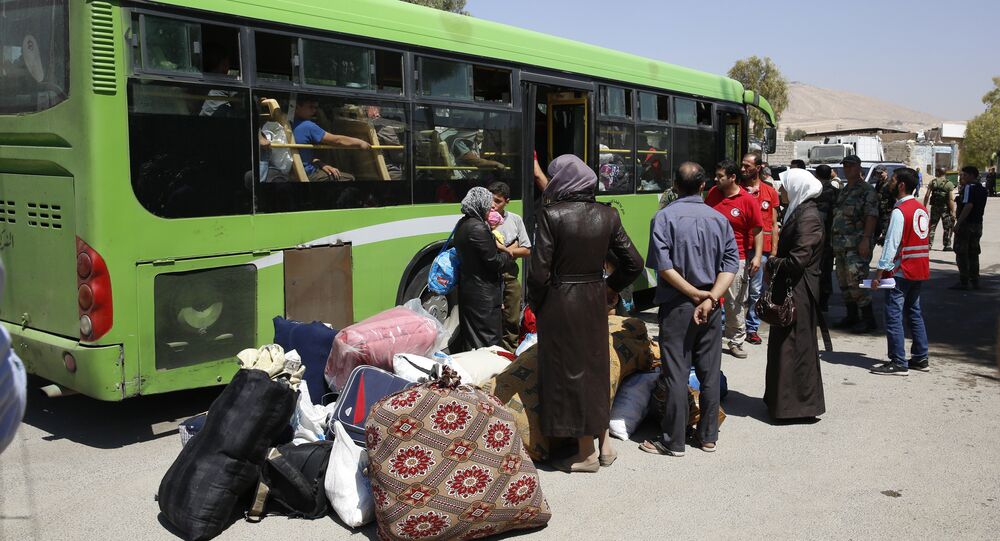 ALEPPO (Sputnik) — A total of 1,710 people, including 800 militants, have withdrawn from Moadamiyeh, the southeastern suburb of the Syrian capital of Damascus, under an agreement with the country's authorities, a local police source told RIA Novosti on Thursday.

"The process of militants' withdrawal from Moadamiyeh has been concluded. 1,710 people left the town. Of these, 800 are militants, 395 are women and 515 are children," the source said.

The besieged Moadamiyeh reached an agreement with the Syrian authorities in September to gradually end the siege and grant the militants safe passage to the northern Idlib province.

Syria has been in a state of civil war since 2011, with government forces fighting Syrian opposition groups that want to remove President Bashar Assad from power. In parallel, Damascus has to counter various extremist groups, in particular, Daesh, which is outlawed in Russia and many other countries.

Assad: It is Our Mission to Save Aleppo Residents From Terrorists