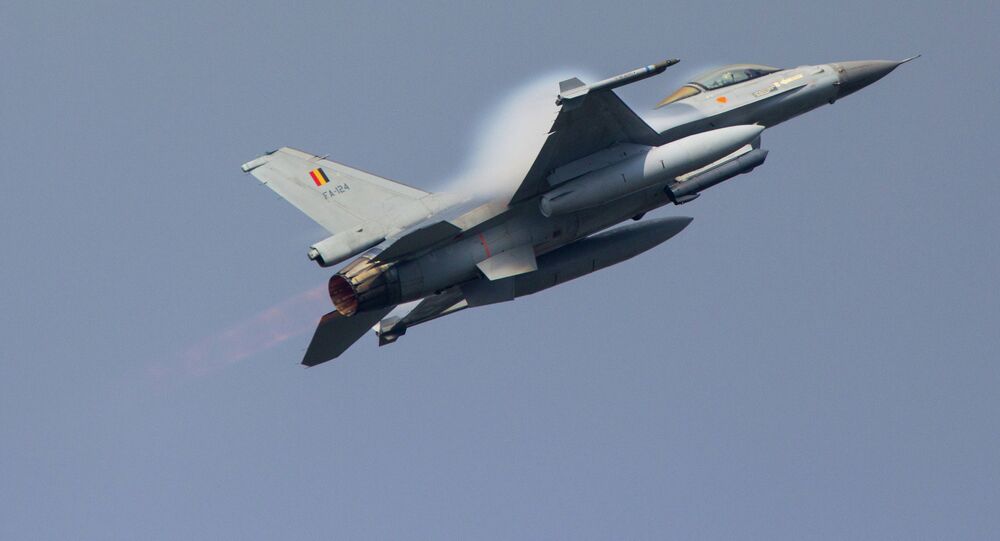 MOSCOW (Sputnik) — The Russian center for Syrian reconciliation said Tuesday it had received local reports of an airstrike on the Syrian village of Hassajek that killed six people and wounded at least four. According to its bulletin, Russian or Syrian aircraft did not operate in the area at the time of the strike while air traffic control systems detected two F-16 fighter jets of the Air Force of the Kingdom of Belgium at the time of the strike.

© REUTERS / Abdalrhman Ismail
Kremlin Awaits European, US Reaction on Coalition Airstrike Near Aleppo
Earlier in the day, Belgian Defense Minister Steven Vandeput dismissed claims regarding the country's responsibility for the airstrike on the village of Hassajek near Aleppo that killed six people.

"Russia has effective air defense means, which ensure round-the-clock monitoring of the air situation practically over all the territory of Syria and beyond," ministry's spokesman Maj. Gen. Igor Konashenkov said.

Konashenkov said that targeting mistakes by the member countries of the international coalition, including Belgium, unfortunately, occur regularly.