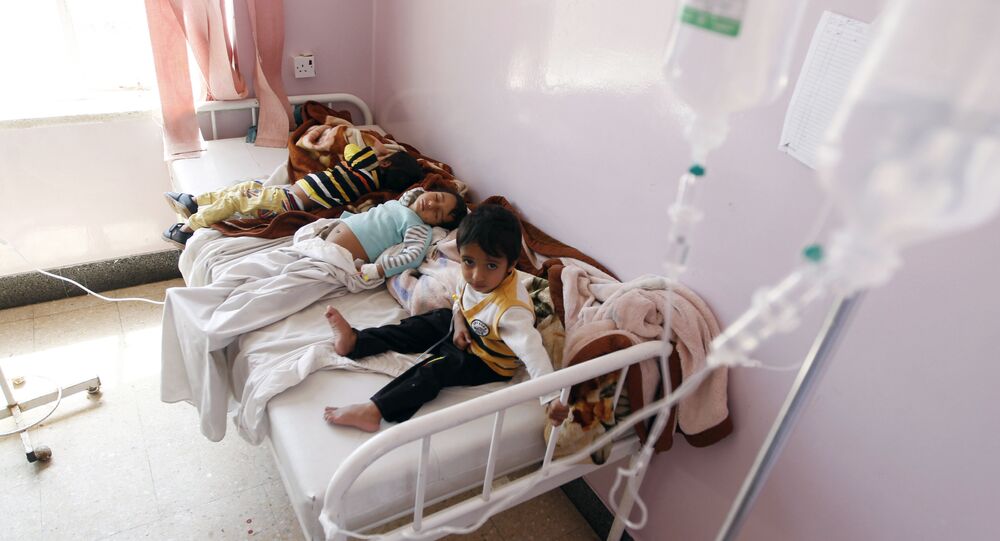 A total of 340 suspected cases of cholera have been registered in Yemen by October 17, however no deaths have been reported so far, according to the report of the WHO.

© AP Photo / Hani Mohammed
Saudi Arms Sales: Calls for Inquiry Into Spanish-Made Weapons Found in Yemen
MOSCOW (Sputnik) — The World Health Organization (WHO) called on the international donors to provide multimillion financial aid to help the organization to deal with cholera in the crisis-torn Yemen, the WHO's press service said in a Tuesday statement.

According to the WHO, a total of 340 suspected cases of cholera have been registered in Yemen by October 17, however no deaths have been reported so far.

"The World Health Organization and health partners urgently require support from the international donor community to contain the spread of acute watery diarrhoea/cholera in Yemen. A total of US$ 22.35 million is required by the Health and Water, Sanitation and Hygiene clusters, of which US$ 16.6 million is immediately required," the statement said.

© REUTERS / Andres Martinez Casares
Specter of Cholera Rises in Haiti as Remote Towns Wait for Aid to Arrive
WHO added that more than 7.6 million people lived in the affected areas, including 3 million of internally displaced people.

Since 2014, the Middle Eastern nation has been engulfed in a military conflict between the government headed by country's President Abd Rabbuh Mansur Hadi and Shiite Houthi rebels, the main opposition force of Yemen, who have been supported by army units loyal to former President Ali Abdullah Saleh. Since March 2015, a coalition led by Saudi Arabia has been conducting airstrikes on Houthi positions at Hadi's request.

The ongoing violence in Yemen has already resulted in a large-scale humanitarian crisis. According to UN Resident Coordinator and Humanitarian Coordinator for Yemen Jamie McGoldrick, over 13 million Yemenis are in need of immediate assistance in the country.

UN Mission in Haiti: Cholera Outbreak One of Many Crimes