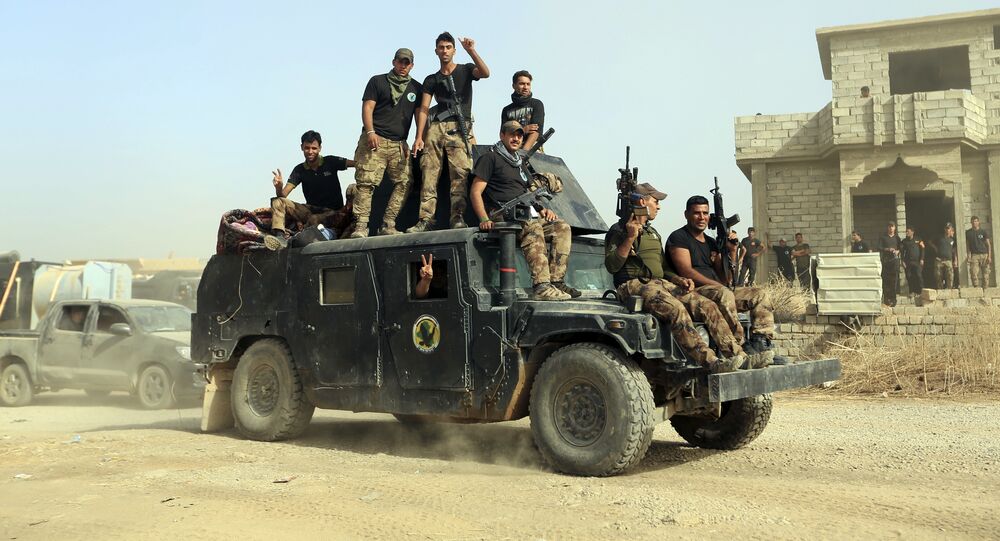 US Presidential Envoy for the Global Coalition to Counter the Daesh, Brett McGurk, said that coalition strikes destroyed 52 Daesh targets in 24 hours.

© AP Photo / Petros Giannakouris
At Least 70 Iraqi Soldiers Dead in Suicide Bomber Attack on Convoy in Mosul (VIDEO)
WASHINGTON (Sputnik) — The Iraqi forces have steadily progressed on all fronts during the first day of the offensive to liberate Mosul from the Islamic State (ISIL or Daesh) jihadists, the US Presidential Envoy for the Global Coalition to Counter the Daesh, Brett McGurk, said on Monday.

"Steady progress on all fronts in first day of #Mosul operation," McGurk said in a Twitter message. "Coalition strikes destroyed 52 targets in 24 hours."

The Daesh jihadist group, outlawed in Russia, seized Mosul, Iraq’s second biggest city, in 2014 along with a number of other northern and western Iraqi cities and towns.