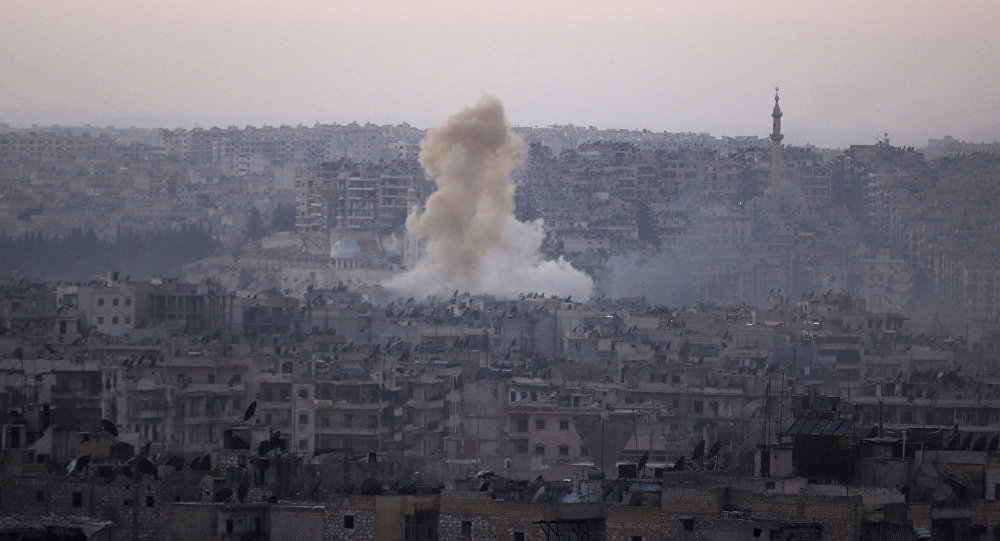 ‘Conditions Met’ for Bringing Back Peace to Syria – Reconciliation Center

All prerequisites for Syria’s transition to peace already exist, the head of the Russian center for Syrian reconciliation told Sputnik on Tuesday, adding that efforts should be stepped up to assist this process.

"People are fed up with war. Even militants are: they want to lay down their arms and start living a peaceful life again. All conditions for solving this problem and returning a peaceful life in Syria have been met," Lt. Gen. Vladimir Savchenko said.

"There is a legal base – it allows people to claim their peaceful life back. But efforts should be intensified. Only then, I think, peace will return to Syria," Lt. Gen. Savchenko continued.

Syria has been mired in civil war since 2011, with opposition factions and Islamist terrorist groups such as Daesh and the al-Qaeda linked al-Nusra Front, now known as Jabhat Fatah al-Sham, fighting the Syrian army.