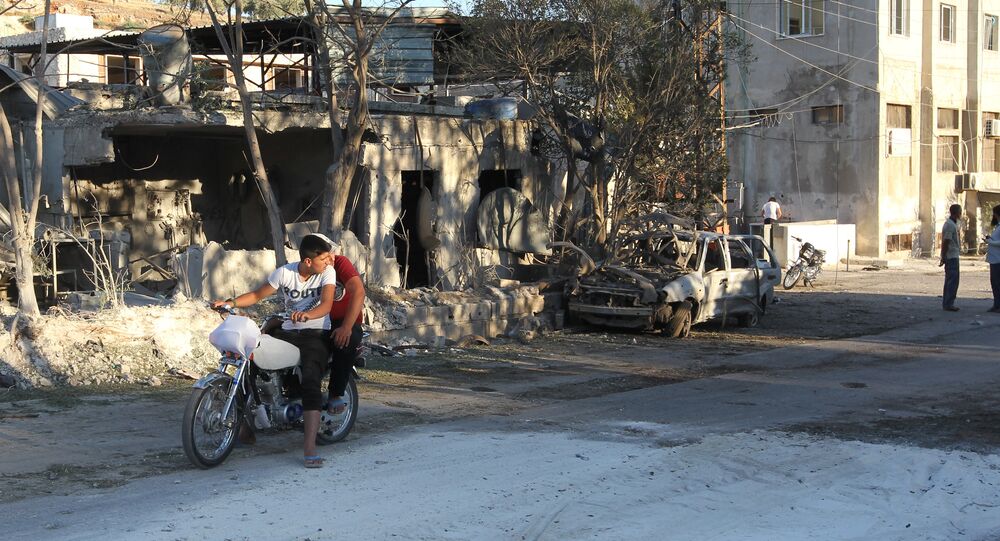 It is groundless to accuse Moscow of conducting airstrikes on hospitals and humanitarian convoys in Syria, Russia's deputy foreign minister said Monday.

"It is not in Russia's interests to bomb a humanitarian convoy. We had been seeking to achieve this aim for a long time — we had worked with the United Nations and the Syrian government. We made great efforts to facilitate the movement of that aid convoy to the captured, besieged city of Aleppo," Gennady Gatilov said.

"Accusations that Russia allegedly carries out strikes on medical facilities, hospitals, schools, all this is also unfounded," he added.

On September 19, a deadly attack hit a joint UN-Syrian Arab Red Crescent convoy carrying humanitarian aid for Syria's Aleppo province. The tragic incident left 18 out of 31 trucks wrecked and at least 21 people killed, according to the International Federation of Red Cross and Red Crescent Societies (IFRC).

"[The opposition] was in fact the one to generally threaten consequences if the convoy was sent down the [Castello] road. Therefore, saying that Russia has some responsibility here is at least baseless," Gatilov said at a press conference hosted by the Rossiya Segodnya International Information Agency.

© REUTERS / Ammar Abdullah
Damascus Claims US Forces Hit UN Convoy to Deflect From Attack on Syrian Army
The details of the attack and perpetrators remain unclear. Several western officials, including the ones from the White House, have blamed the attack on Russia and Syria. The Russian authorities have refuted the allegations and claimed there was no airstrike, while the load of the convoy could be set on fire most probably by Nusra Front militants controlling the area. Moscow called for a thorough investigation into the incident.

Syria has been mired in civil war since 2011, with government forces loyal to President Bashar Assad fighting a number of opposition factions and extremist groups, such as Daesh al-Nusra Front, now known as Jabhat Fatah al Sham, both of which are banned in Russia and a range of other countries.