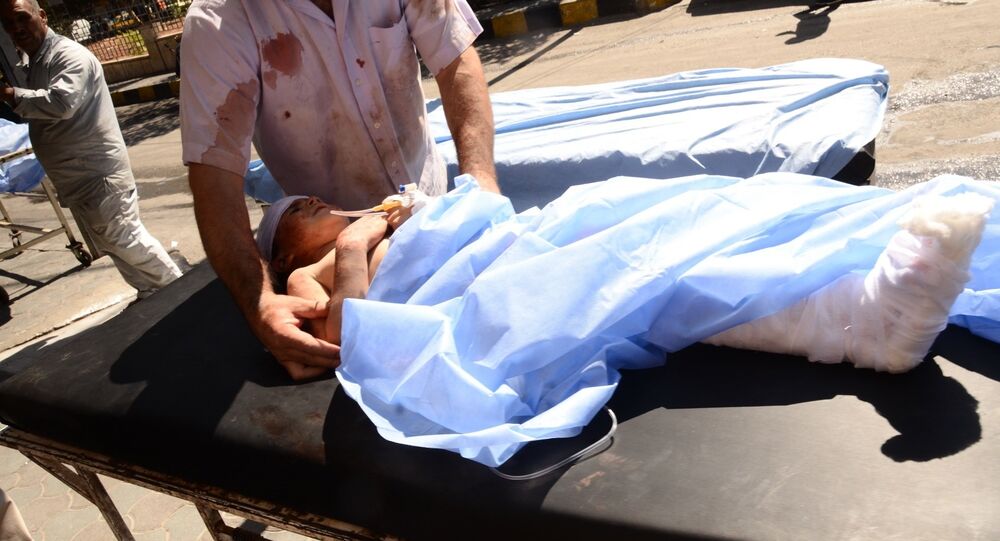 From 21 to 26 September, hospitals in Aleppo reported receiving more than 822 wounded, including at least 221 children, and more than 278 dead bodies of which at least 96 were children, according to the statement of the medical charity Doctors Without Borders (MSF).

MOSCOW (Sputnik) — Hundreds of injured, many of them children, were admitted to hospitals in east Aleppo over six days of fighting in the divided city, the medical charity Doctors Without Borders (MSF) said Friday adding that the medical facilities received almost 300 dead bodies.

"From 21 to 26 September, those hospitals that are still functional in Aleppo reported receiving more than 822 wounded, including at least 221 children, and more than 278 dead bodies of which at least 96 were children," the MSF said, citing the Directorate of Health in the rebel-held districts.

"The ruthless, brutal bombing must stop and urgent measures need to be put in place to allow the evacuation of the severely sick and wounded," MSF operations director Xisco Villalonga urged in the statement.

The MSF urged the UN Security Council to take action to protect medical facilities in Syria after two more MSF-backed hospitals were bombed and went out of service on Wednesday as UNSC members were about to discuss a resolution to this effect.