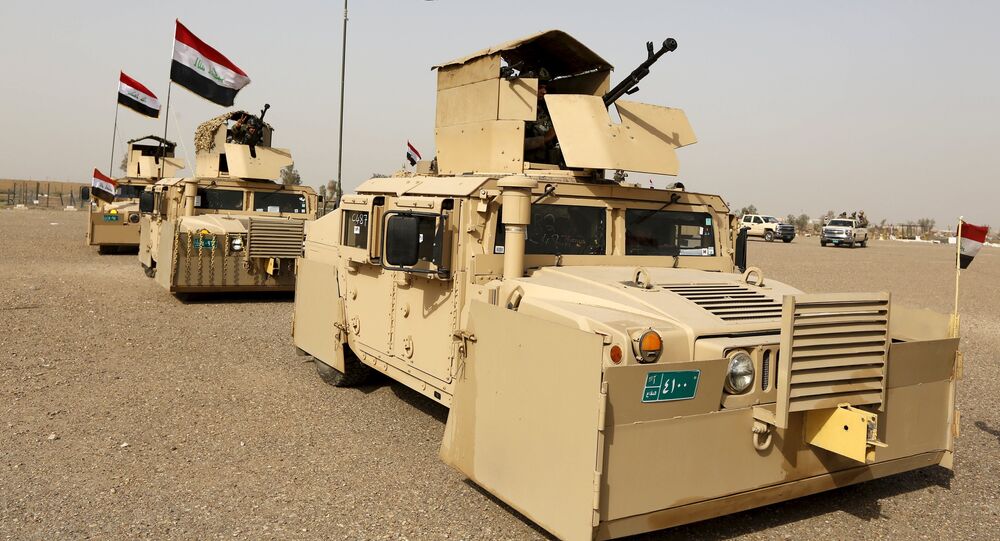 The United States will send more military advisers to Iraq to assist the country's army in liberation of the city of Mosul occupied by Daesh, Iraqi Prime Minister Haider Abadi on Wednesday.

"As part of the preparations for the crucial battle of liberating the city of Mosul and eliminating IS [Daesh] gangs and freeing all the Iraqi territories, and in light of the role that trainers and advisers from the international coalition play in accelerating the military takeover, consultations were made with the US President Barack Obama under the request of Iraqi government to add a final increase in the number of US trainers and advisers under the umbrella of the international coalition in Iraq, to support the heroic Iraqi security forces in its imminent battle to completely liberate Mosul. The government’s request was approved."

According to the prime minister, the advisers would not be involved in the fight with the terrorists, but would only train Iraqi troops.

© REUTERS / Rodi Said
Local Forces Must Take Lead in Liberating Raqqa, Mosul From Daesh - Turkish Official
He added that following the liberation of the city the number of military advisers would be reduced.

Mosul, which is one of the largest Iraqi cities, as well as a number of other northern and western Iraqi settlements were seized in 2014 during an offensive of Daesh, which is outlawed in Russia and the United States among other nations.

Washington has repeatedly announced its support of Baghdad in its efforts to retake the city and deployed troops to the crisis-torn Middle Eastern nation to prepare its servicemen for the offensive against Daesh positions in Mosul.

Peshmerga to Play Role as ‘Front-Line Partners’ in Mosul Battle