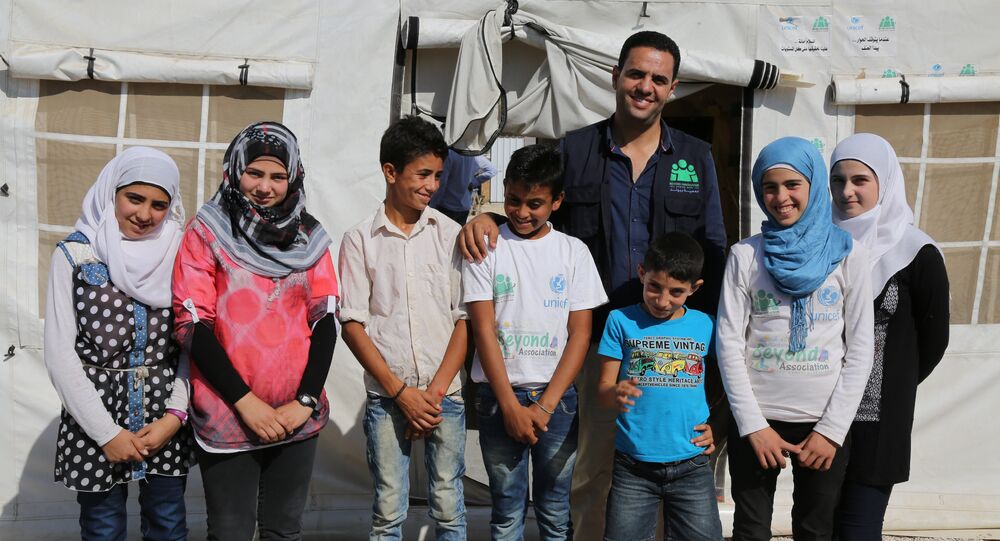 The international community is responsible for the refugee crisis but does not provide sufficient financial assistance to Lebanon which is now home to nearly two million Syrian refugees, a Lebanese politician told Sputnik.

MOSCOW (Sputnik) — The international community bears responsibility for what is happening in Syria and should do more to help Lebanon hosting a huge Syrian population, an adviser to the Lebanese Democratic Party (LDP) leader told Sputnik.

"They are giving us nothing absolutely… even though the international community is the one responsible now for what is happening to Syria and in Syria," Saleem Hamadeh said.

© Sputnik / Zahraa Al-Amir
Young Syrian Refugee in Lebanon: 'I Don't Want to Work, I Want to Go to School' (PHOTO)
Lebanon, alongside Jordan and Turkey, has been a key destination for thousands of Syrian refugees fleeing the five-year-long war in the country. According to Hamadeh, Lebanon now hosts around 1,750,000 Syrians, which is a third of its own population.

"I think that international community should give us support in this, financial support and give us direct path on how to deal with this serious issue which will affect the demography of the Lebanese people and our country," Dr. Hamadeh said.

There are concerns that many Syrians plan to stay in Lebanon after the Syrian crisis has been resolved, the adviser to the LDP president said. The UN relief agency for Palestinian refugees, UNRWA, estimates that Palestinians living in Lebanese refugee camps make up 10 percent of the country’s population.

Over 250,000 Syrian School-Age Refugees in Lebanon Deprived of Education