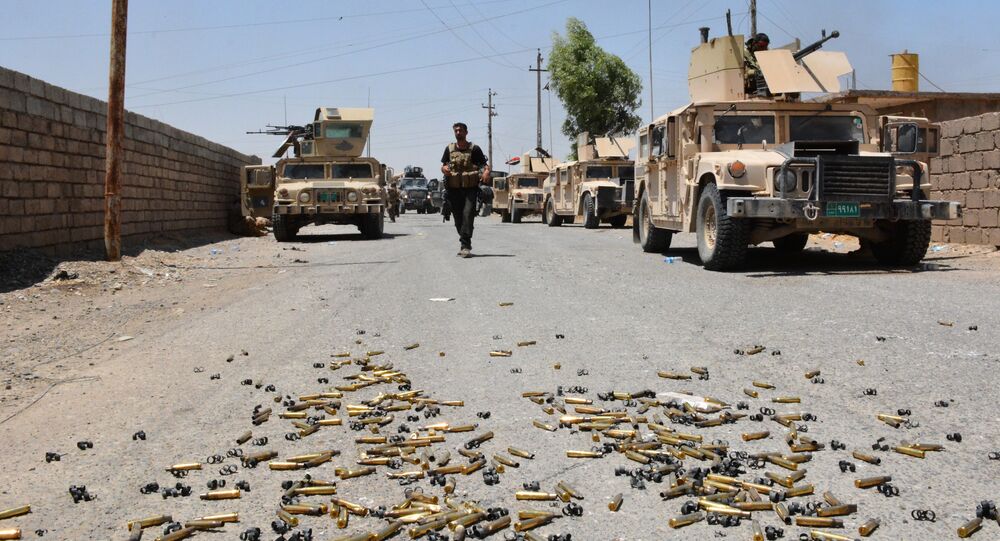 Operation Inherent Resolve spokesman said that Daesh has been fortifying its positions in the Iraqi city of Mosul ahead of the Iraqi Security Forces (ISF) offensive to liberate it.

© AP Photo / Maya Alleruzzo
US Could Send 500 More Troops to Iraq Ahead of Operation to Retake Mosul
WASHINGTON (Sputnik) – The Daesh has been fortifying its positions in the Iraqi city of Mosul ahead of the Iraqi Security Forces (ISF) offensive to liberate it, Operation Inherent Resolve spokesman Col. John Dorrian told reporters on Friday.

"They’ve built intricate defenses there," Dorrian said. "Essentially, they’ve built a hell on Earth around themselves, and they are going to be in that whenever the Iraqi Security Forces come in there and push them out."

Dorrian noted that the terrorists have dug tunnels and placed explosive devices around the city, while also putting up barriers to stop people from coming in.

In addition, Daesh operatives dug trenches, some of which are reportedly filled with oil that can be set on fire, Dorrian noted.

The spokesperson said the terrorists have set on fire oil fields in and around the city of Qayyarah, located south of Mosul.

Mosul is Iraq’s third largest city and was declared the Iraqi capital of the Daesh’s so-called caliphate after it was captured by the terror group in June 2014.

US Central Command (CENTCOM) commander Gen. Joseph Votel and US Ambassador to Iraq Douglas Silliman participated in the meeting, according to the president’s office.

According to US officials, military operations to drive the Islamic State out of Mosul could begin in the coming weeks, possible as soon as mid-October.

Daesh is outlawed in many countries, including the United States and Russia.