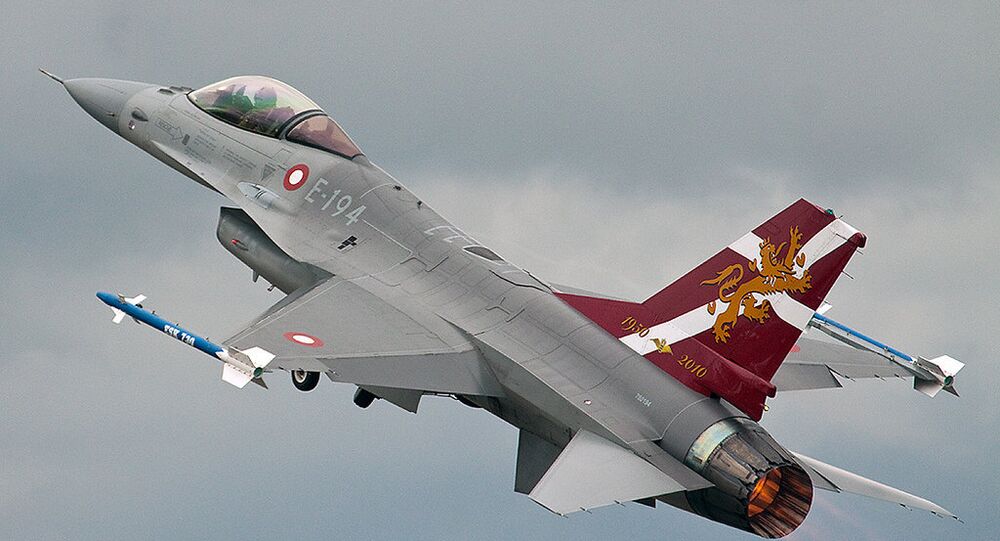 The Royal Danish Air Force participated in the recent airstrikes of the US-led coalition conducted near the Syrian city of Deir ez-Zor, the Defense Command Denmark announced.

MOSCOW (Sputnik) — The airstrikes by the coalition planes near the Deir ez-Zor airport were first reported by the Syrian army on Saturday saying they attacked the government troops fighting Daesh. Later in the day, the Russian Defense Ministry confirmed the attacks, saying they killed 62 servicemen and injured 100 more. The US Central Command said that the Syrian forces were mistaken for Daesh fighters.

"Two Danish F-16 [fighter aircraft] participated in these attacks along with the aircraft of other nations. The strikes had been stopped immediately after the Russian side reported that the positions of the Syrian servicemen had been hit," the military command authority of the Danish Armed Forces said in a statement issued Sunday.

© Sputnik / Alexander Kovalev
This is Why US-Led Airstrike on Syrian Troops 'Unlikely to Have Been Accident'
Copenhagen will contribute to the investigation into the attack, the Defense Command added.

Syria has been mired in civil war since 2011, with government forces fighting numerous opposition factions and extremist groups, including Daesh, which is outlawed in many countries, including the United States and Russia.