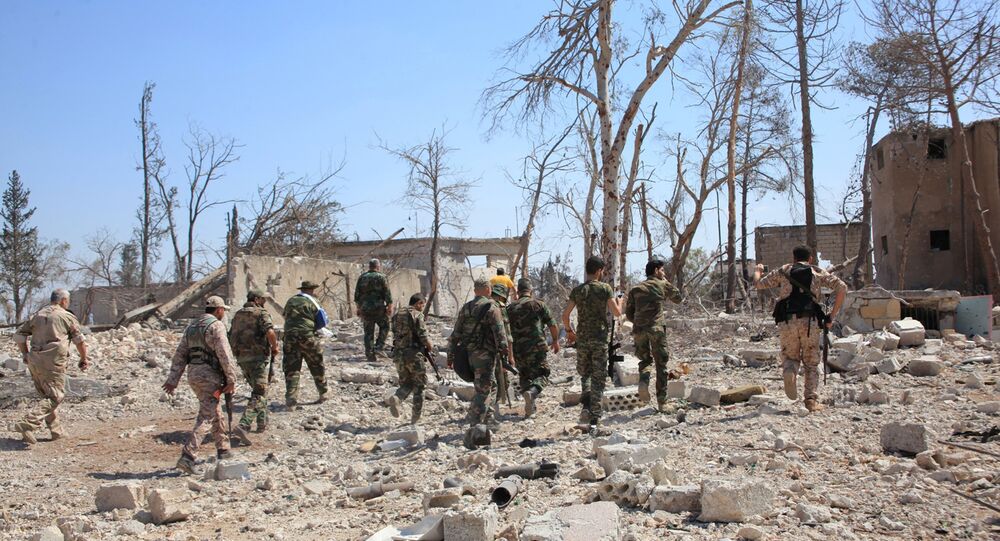 Amid the first 48 hours of the announced ceasefire in Syria, experts explain why this particular truce has "every chance for success."

© Sputnik / Mikhail Alaeddin
New Syrian Ceasefire Pivotal Moment or Another Hiatus in Death and Destruction?
According to Director of the Center for Modern Middle East Studies in St Petersburg Gumer Isaev, this particular agreement could succeed due to its provision on the separation of opposition groups from terrorists on the ground.

"Such a separation is quite realistic," he said in an interview with RT news channel.

"However it is important to change the previous approach of Turkey here," he added.

The Middle East expert further explained that each party to the Syrian conflict pursues its own interest and the major idea is whom this or that "external factor" will cooperate with in Syria.

"From the very beginning it was all about what groups on the ground get Turkey's and the US' support and what are defined as marginal and terrorist and are taken out of the negotiations," Isaev said.

"If such a separation takes place, it will open the way towards the division of Syria between numerous, at times confronting and at times temporarily allying, groups. And this is the real chance," the political scientist said.

© AFP 2020 / JOEL SAGET
Russian, Iranian Deputy Foreign Ministers to Discuss Russian-US Deal on Syria
According to Anton Mardasov, the head of the Department of Middle Eastern Conflicts of the Moscow-based Institute for Innovative Development, the most important thing for the success of the ceasefire agreement is that it should be supported by the Fatah Halab alliance, which unites more than 30 groups, including those under the command of the Free Syrian Army.

"In the north of Syria, these groups operate in coordination with Turkey. Already at the end of August they announced that they would agree to the ceasefire and humanitarian aid deliveries to Aleppo," he said.

"It now appears that Moscow, Damascus, Tehran, Ankara and Washington have agreed that there will be no strikes on the groups of this alliance," he added.

"The real problem now lies with Jaish al-Fatah, composed of Ahrar al-Sham and Jabhat Fateh al-Sham," the expert said, adding that these particular groups might try to derail the ceasefire from the off, like happened in Hama and south-western Aleppo.

"In this case we could witness targeted airstrikes and liquidations, which could be carried out by the US-led international coalition, as it has recently been done in Idlib, where several leaders of Jabhat Fateh al-Sham have been killed," he said.

© AFP 2020 / ANDY RAIN / POOL
Russia-US Plan 'Last Chance' to Save Unified Syria - Kerry
"Such targeted liquidation of the most irreconcilable might turn the tide of the conflict," he added.

Gumer Isaev reminded that it is not the first ceasefire announced in the Syrian conflict, however all of them have been breached sooner or later.

"There is a large number of confronting groupings involved in the conflict and hence it should not be brought down only to the relationship between the US and Russia, there are a lot more players," he said.

However the political scientist noted that he is a lot more optimistic about this cessation of hostilities as there is a clearly coordinated position agreed upon by the US, Russia and, from all appearances, Turkey too.

After fierce fighting around Aleppo and Hama, he said, it looks like the time has come for a truce.

"The only concern is whether it comes on the threshold of stabilization or is it simply a break before regrouping," he wondered.