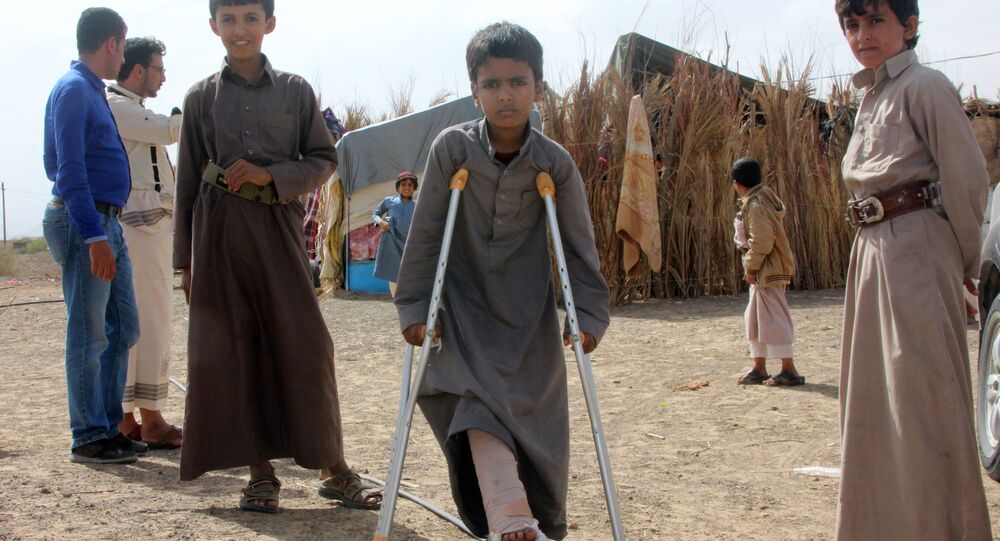 © Flickr / Andrew Parsons/ i-Images
Thousands of Dead Yemeni Civilians Not Enough to Halt Arms Sale to Saudis for Boris Johnson
MOSCOW (Sputnik) — Landmines used by Houthi forces in Yemen have caused many civilian casualties, including among children, and the mine-laying should stop, an international watchdog said Thursday.

The death of 11 civilians in a landmine explosion in the west of Taiz region on August 9, 2016 was reported to HRW by a local activist. The total number of the casualties is not known at the moment, but there have been a number of similar reports from the region.

"Yemen’s warring parties should immediately stop laying mines, destroy mines in their possession and ensure that demining teams can work unimpeded so that families can safely return home," Goose added.

© Ruptly
Saudi Jets Bomb Peaceful Pro-Houthi Rally of 100,000 in Yemen’s Capital (VIDEO)
In July, the Houthis and allied forces said they did not use antipersonnel mines and alleged that other groups had planted them.

Yemen has been torn apart by a military conflict between the government and the Houthi opposition movement backing former President Ali Abdullah Saleh since March 2015. Over 3,700 civilians have been killed and over 6,500 have been injured as a result of the conflict, according to the United Nations.