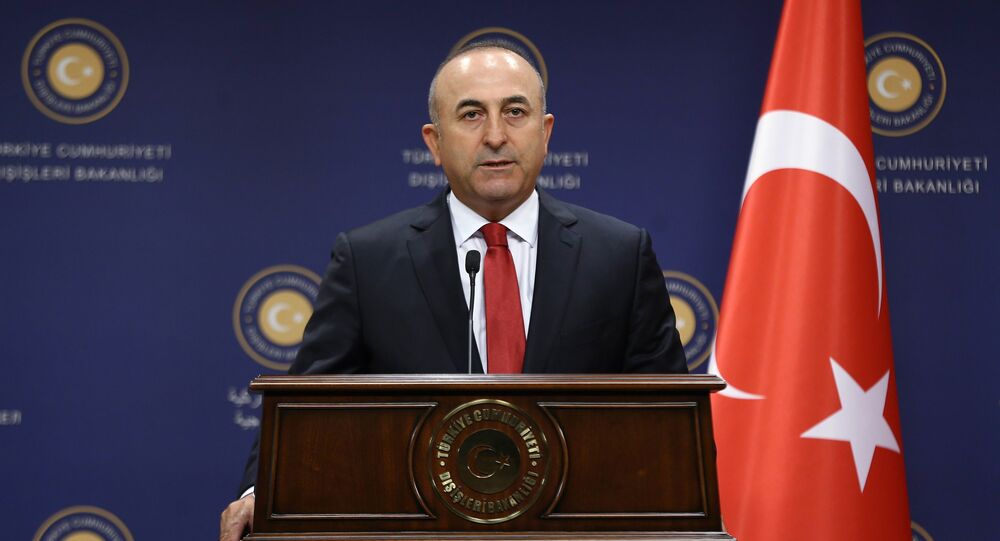 Turkey’s Foreign Minister Mevlut Cavusoglu said that a ground operation in the the Syrian city of Raqqa against the Daesh could not be carried out by Turkey alone and must be thoroughly planned.

"If we want to cleanse Syria and Iraq of Daesh [IS], it is important that we mount operations both in [Iraqi] Mosul and in Raqqa. We have always said that if we do not support local forces on the ground, if there is no land operation, it will not be possible to eliminate or even stop Daesh exclusively from the air," Cavusoglu said, as quoted by the Anadolu news agency.

© Sputnik / Hikmet Durgun
US, Turkey Not Likely to Liberate Raqqa Without Green Light From Russia, Iran
A ground operation could not be carried out by Turkey alone and must be thoroughly planned, according to the minister.

"It is not just us but other countries that must train and equip local forces that must contribute and give direction," Cavusoglu stated.

The city of Raqqa is the de facto Daesh capital and their major stronghold in Syria. It has been under control of the jihadists since August 2014.

On August 24, Turkish forces, backed by US-led coalition aircraft, began a military operation dubbed Euphrates Shield to clear the Syrian town of Jarabulus and the surrounding area of the Daesh militant group.