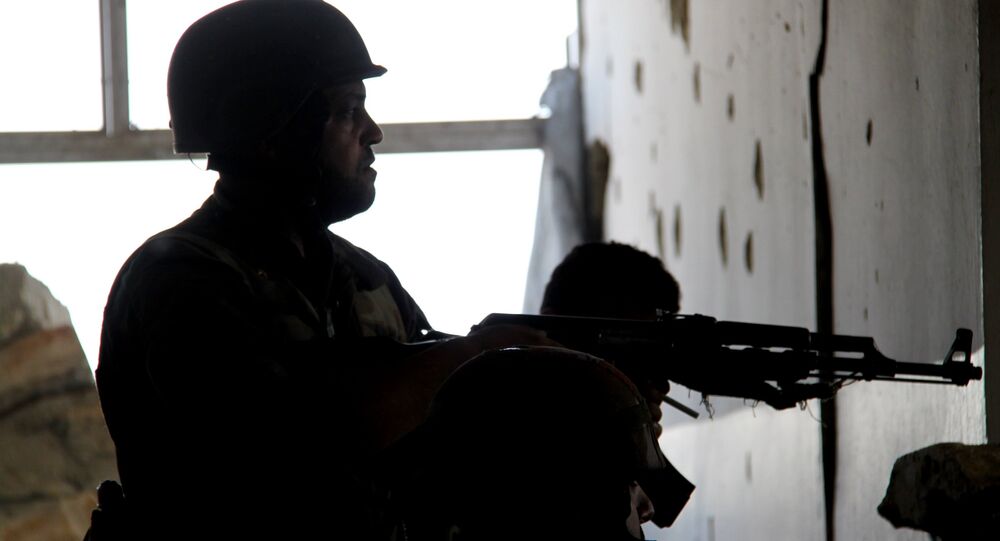 Syrian forces and militias loyal to Damascus took military academies in the southwestern district of the Aleppo city under their full control on Sunday.

© REUTERS / Umit Bektas
Suicide Bomber Kills at Least Five FSA Fighters in Daesh-Held Village in Aleppo
ALEPPO (Sputnik) — In the morning, Syrian troops recaptured a school belonging to the Syrian Air Force and an institution that provided training in support services for the military.

"Any militants that could be still holed up on the artillery school grounds have been isolated in just two buildings. The rest of the militants tried to break out to Ramuse an hour ago," a group leader with the Syrian Army told a RIA Novosti correspondent in Aleppo.

Hardly any gunshots could be heard in the area, which is home to numerous military academies, as government troops combed the grounds and searched every single building.

According to the correspondent, the Syrian army has tightened its grip on the militant-held eastern districts of northern Syria’s Aleppo and could be soon storming their positions in Ramuse, in Aleppo’s southwest.