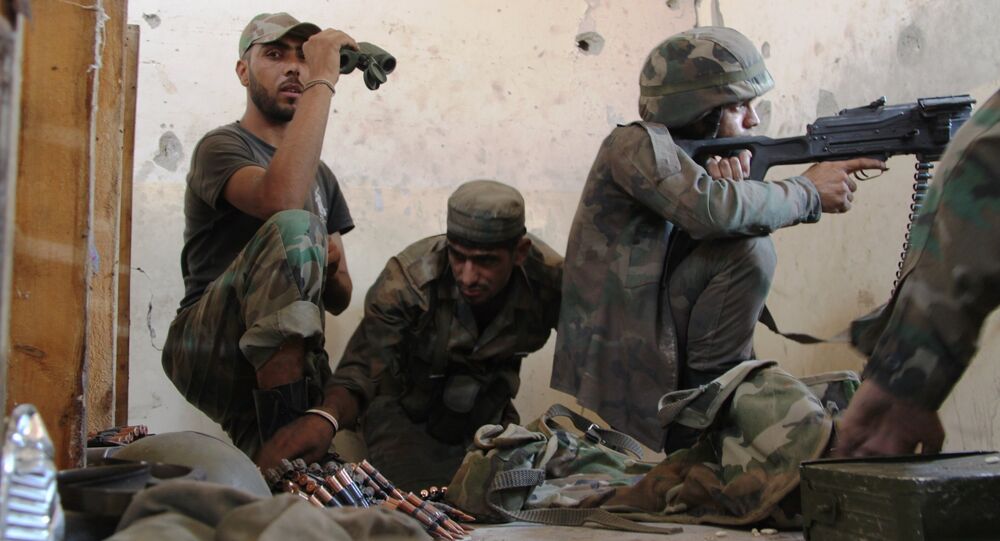 Syrian armed forces and militia liberated over half of the territory of an air force school in Southern Aleppo, according to a RIA Novosti correspondent.

The militants' resistance has reportedly weakened considerably compared to previous days but the fighting continues.

Earlier in the day, Syrian army soldiers continued the offensive in the south and southwest of Aleppo near the military academy for artillery and logistics, as well as the air force school. The vanguard managed to free a number of key buildings.

According to the Syrian military, the liberation of the military schools would narrow the circle around the militants in the eastern suburbs and provide an opportunity to launch an offensive in the area of ​​Ramouse to ensure the security of the southern entrance to Aleppo, which is currently blocked by terrorist fire.

Ministry of defence of the Russian Federation
Russian Su-34 Bombs Daesh Meeting, Killing Up to 40 Fighters in Syria's Aleppo
Aleppo has been under siege by militant groups, including Jaish al-Islam, Ahrar ash-Sham and Jabhat Fatah al Sham, formerly known as Nusra Front, classified as terrorist organization in Russia. The city has seen intense fighting over the past few months, with the Syrian army and local militia forces managing to encircle large groups of militants in the eastern districts of the city.
...
Reddit
Google+
Blogger
Pinterest
StumbleUpon
Telegram
WhatsApp
145