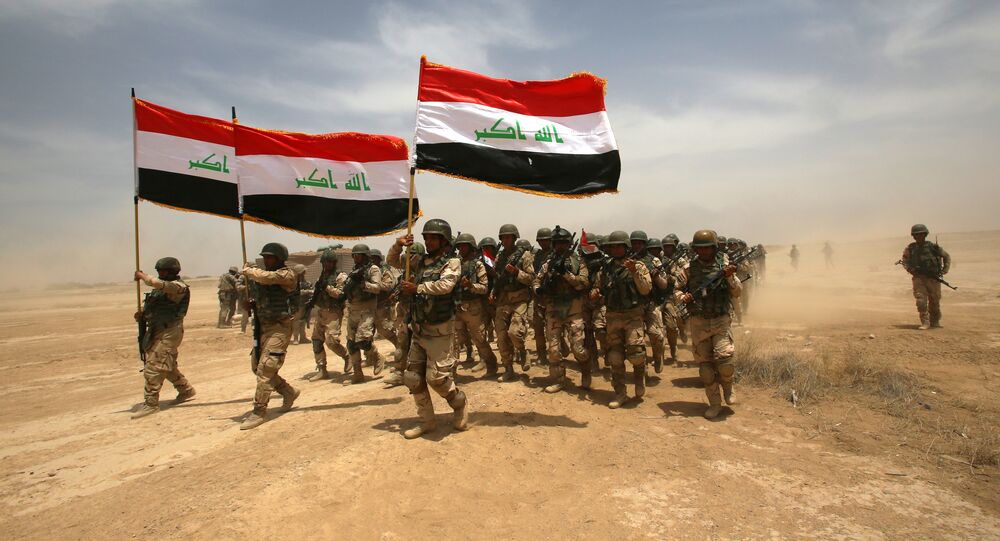 The Iraqi troops have killed 700 Daesh terrorists during the operation to liberate Khalidiya Island in the Anbar province.

MOSCOW (Sputnik) — The Iraqi forces have killed 700 Daesh militants since the beginning of an anti-terrorist offensive on Khalidiya Island located 14 miles east of Ramadi in the western Anbar province, the commander of Anbar Operations said.

© REUTERS / Rodi Said
'Letting Daesh Escape From Manbij' is Part of US Policy of Fueling Conflicts
The final anti-terrorist offensive on Khalidiya Island started in late July. In early August, Iraqi media reported that Khalidiya Island had been fully liberated from terrorists.

The city of Ramadi was occupied by Daesh militants in May 2014. The government forces succeeded in retaking the city after weeks of fierce fighting from December 2015 to February 2016.

Daesh is a terrorist group mainly operating in Syria and Iraq. The jihadists have also claimed responsibility for attacks in Europe. The group is outlawed in many countries around the world, including Russia and the United States.

US Lacks Figures on Civilians Killed During Daesh Occupation of Ramadi