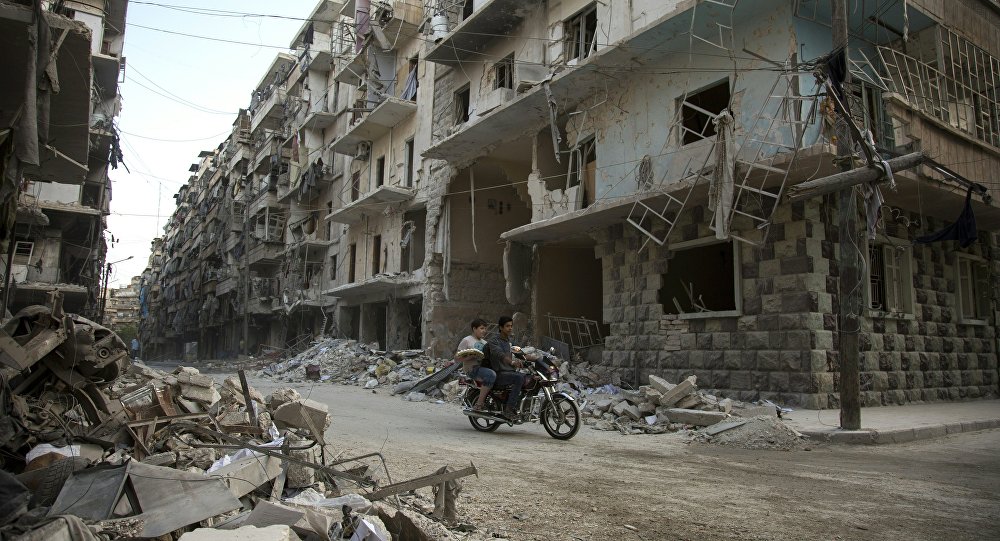 Forces of the so-called moderate Syrian opposition are responsible for humanitarian crisis in the eastern parts of Syria's Aleppo, the situation in the Syrian army-controlled districts is much better, Wael Malas, a deputy director of the Syrian Center for countering terrorist ideology, said.

MOSCOW (Sputnik) — Aleppo has been mired in intense fighting during the past few weeks, with the Syrian army and local militia forces having managed to encircle large groups of militants in eastern districts of Aleppo.

"The humanitarian situation in Aleppo is really poor. I talk about eastern districts of the city, which have been captured by the so-called moderate opposition militants. The situation is much better in the areas, which are under control of the Syrian army. At the same time, people living there are constantly exposed to shelling and bombing from terrorists," Malas told the Russian Izvestia newspaper in an interview published Thursday.

According to Malas, reports on hunger, lack of drinking water and medicines and obstacles for humanitarian convoys, allegedly put by the governmental troops, are "completely untrue." 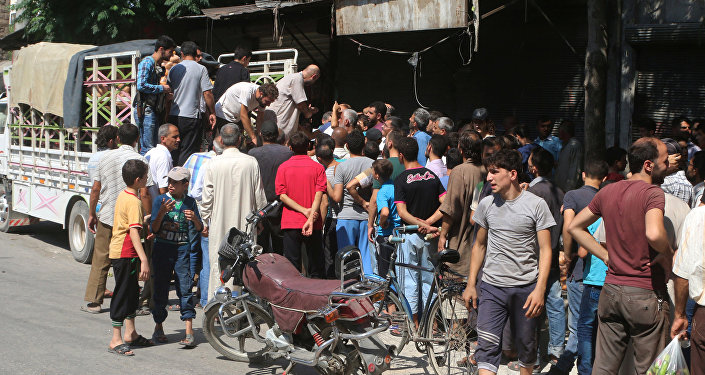 © REUTERS / Abdalrhman Ismail
Syrians From Aleppo Live Under ‘Scorching Sun’ After Fleeing al-Nusra Front (VIDEO)
At the same time, Malas added that people living in the western districts of Aleppo also should be provided with humanitarian assistance.

Russia formed seven round-the-clock humanitarian corridors across Aleppo this month to allow safe passage for civilians and militants wishing to lay down arms.

At Least 10 Killed, 20 Injured in Terrorist Shelling of Aleppo

Russia, US Close to Uniting Forces Against Militants in Aleppo