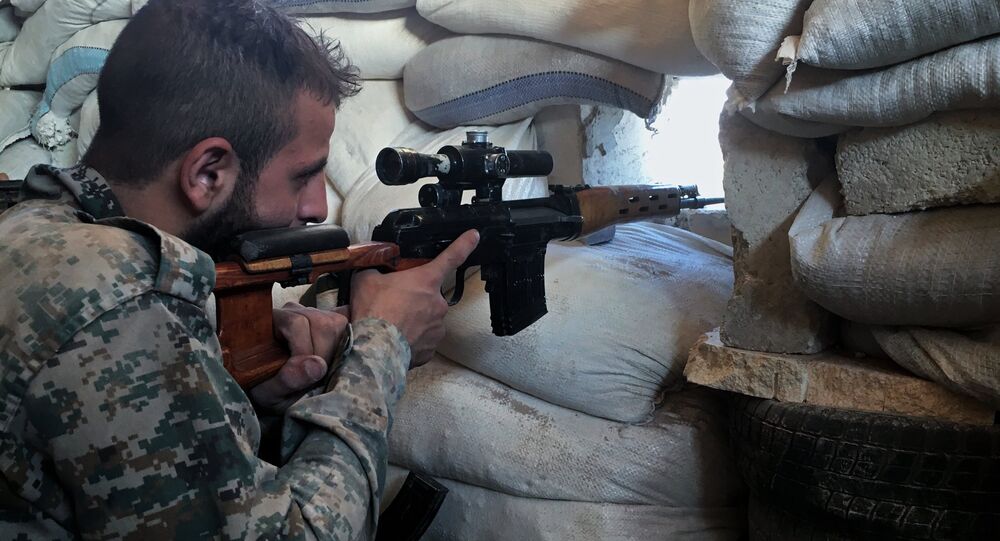 The Syrian army supported by the air forces destroyed on Tuesday several militants’ vehicles heading to an area in the southwestern part of the city of Aleppo.

ALEPPO (Sputnik) – Several vehicles were destroyed by anti-tank missiles near the military colleges. The motorway connecting southern suburbs of Aleppo with the 1070 housing area is permanently under fire.

© AFP 2020 / FADI AL-HALABI
US 'Trying to Discredit Russia's Efforts in Syria' and Ruin Aleppo Operation
The Syrian army is carrying out airstrikes against the terrorists’ positions near the front line and in the rear.

In the 1070 housing development, a combat between government troops and militants has been lasting for several hours. The parties are using heavy machine guns and mortars. According to Syrian military, dozens of militants have been killed in past hours.

Aleppo has been mired in intense fighting, with the Syrian army and local militia forces having managed to encircle up to 8,000 militants headed by the Jabhat Fatah al Sham, formerly known as al-Nusra Front, outlawed in Russia, in eastern districts of Aleppo.

At Least 10 Killed, 20 Injured in Terrorist Shelling of Aleppo