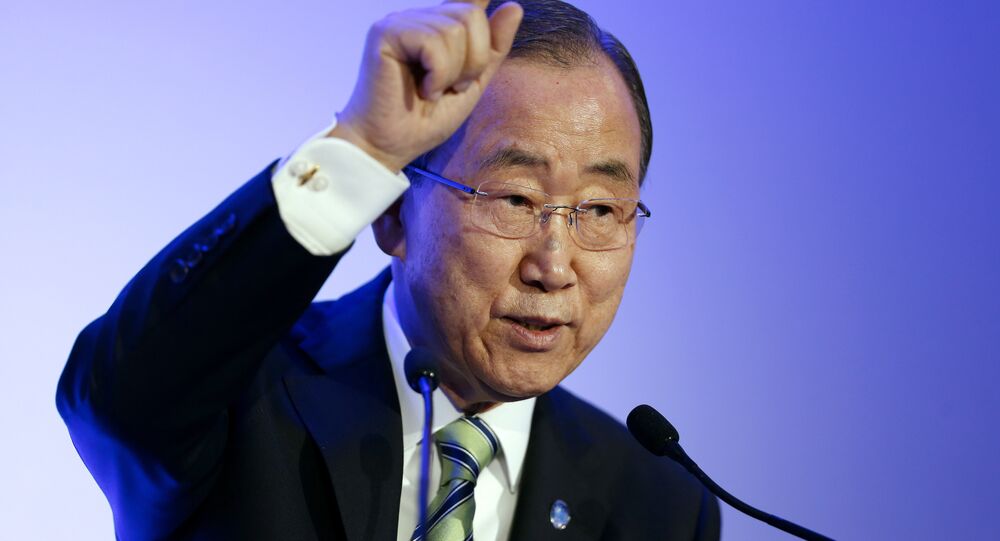 Continuing attacks on hospitals in Yemen, including an airstrike Monday on a Doctors Without Borders (MSF) medical facility that killed 11 and injured 19, reflect grave violations of international law, UN Secretary-General Ban Ki-Moon said in a statement on Tuesday.

WASHINGTON (Sputnik) — The statement issued by Ban's spokesperson explained that the parties to the Yemeni conflict have damaged or destroyed more than 70 health centers to date, including three other MSF-supported facilities.

Doctors Without Borders
MSF Claims It Shared Yemeni Hospital Coordinates With Saudi-Led Coalition
In the past two years, Yemen has been engulfed in a military conflict between the government headed by President Abd Rabbuh Mansur Hadi and Shiite Houthi rebels, the country’s main opposition force, who have been supported by army units loyal to former President Ali Abdullah Saleh.

Since March 2015, a Saudi-led coalition of mostly Sunni Arab allies mainly, backed by the United States and the United Kingdom, has launched airstrikes in Yemen to counter advances by Houthi Rebels.