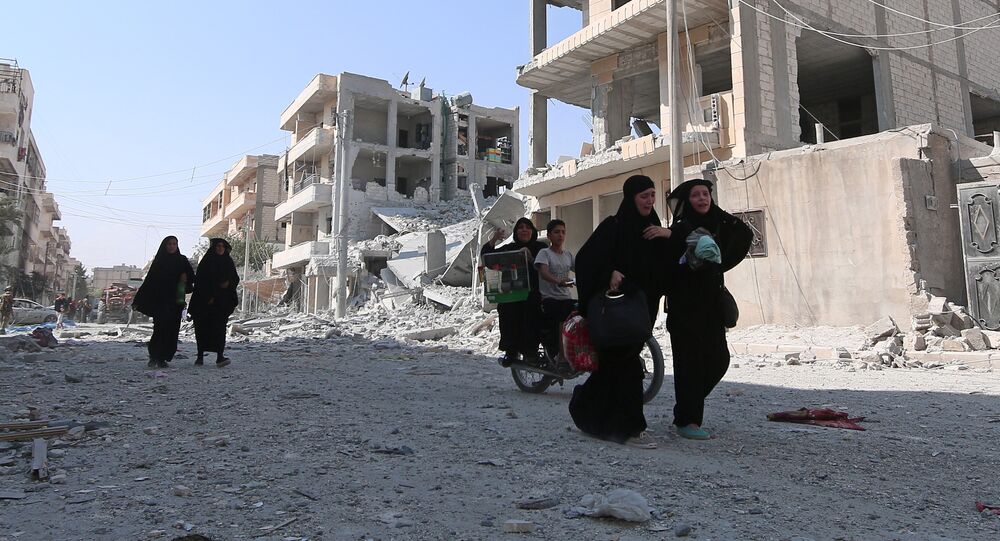 Around two million people need humanitarian assistance near the Syrian city of Aleppo, including the residents of districts controlled by the government forces, the deputy spokesman for the UN secretary-general said Monday.

UNITED NATIONS (Sputnik) — According to Haq, the situation is also of great concern in the government-controlled areas in the west, where between 1.2 and 1.5 million people live.

"The United Nations remains deeply concerned over the plight of up to two million people in need of assistance around Aleppo City and for those in the surrounding countryside. The humanitarian situation in Aleppo is dire, including in the east of the city where between 250,000 to 275,000 people remain trapped following the July closure of the Castello Road, the last remaining access route in and out of the area," Farhan Haq said at a press briefing.

The United Nations continues to call for the conflicting sides to organize a weekly 48-hour humanitarian pause in order to provide humanitarian agencies with the opportunity to deliver aid for civilians, the official added.

Aleppo has been mired in intense fighting during the past few weeks, with the Syrian army and local militia forces having managed to encircle large groups of militants in eastern districts of Aleppo.

Russia, US Close to Uniting Forces Against Militants in Aleppo