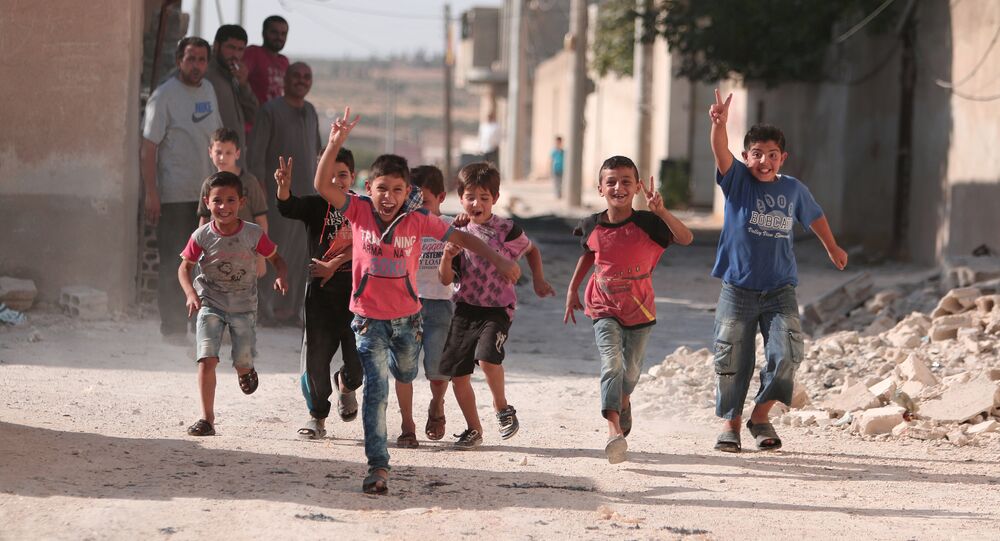 Ahmet İbrahim, one of the commanders of the units of Manbij Military Council has told Sputnik that the city of Manbij in the Aleppo Governorate has been fully liberated from the Daesh jihadists.

The operation on the liberation of the city from the Daesh militants, which lasted for 73 days, has been completed with the full retaking of the settlement after the rebels were kicked out from the district of El Sirip.

On Friday morning, the units of the Manbij Military Council launched an operation to liberate the last district of the city remaining under Daesh control.

The violent clashes resulted in the full control by the Manbij Military Council of the city,

Ahmet İbrahim, one of the commanders of the units of Manbij Military Council has told Sputnik that the strategically important city of Manbij in the Aleppo Governorate has been fully liberated from the Daesh jihadists.

He added that the military are now searching the city for mines set by the militants and deactivating them.

Around 3,000 Daesh militants were eliminated.

The city has an important strategic location: it lies 85 km to the south of Aleppo, 40 km to the north of Jarabulus and 65 km to the east of Kobani.