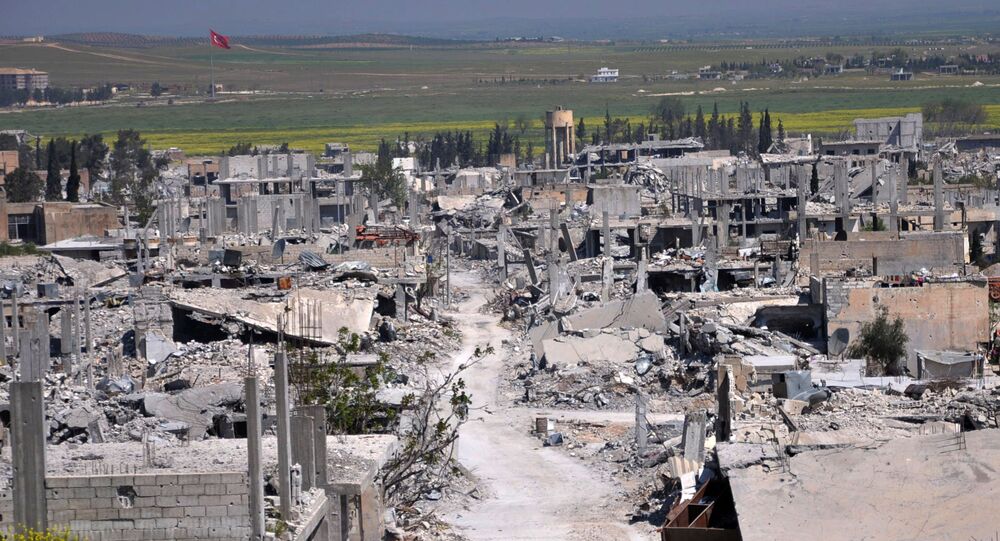 The humanitarian catastrophe shows no sign of abating in the northern Syrian city of Kobani hit by epidemics and the lack of medicine, Hikmet Ehmed, a doctor in charge of health care in Kobani, told Sputnik.

© REUTERS / Omar Sanadiki
'Asymmetric Approach': This is Why the Syrian Crisis is Still Unresolved
In an interview with Sputnik, Hikmet Ehmed, the head doctor in in the northern Syrian city of Kobani, urged the international community to help resolve the humanitarian catastrophe in the predominantly Kurdish city which he said has been hit by epidemics and a lack of medicine.

"We receive about 100 people each day, with a total of 37 doctors working in the city. All of our health services are free," he said.

He added that the situation with medicine supplies and the conditions of treatment seriously aggravated after Turkey gave up taking in all those injured in Kobani.

He also said that several medics from Doctors Without Borders expressed their readiness to come to Kobani to treat the locals, but that Turkey refused to issue permission for them to cross the border.

"We have to send the seriously injured patients to the northeastern city of Al-Qamishli, but it takes us about 4 hours to get there and many patients die during the journey," he said.

Ehmed said that medics and patients would take only 15 minutes to reach Turkey, where hospitals are equipped with the required modern medical equipment.

© REUTERS / Abdalrhman Ismail
Syrian People Support Bigger Russian Role in Solving Crisis in Country
He said that although the UN pledged to help build a state-of-the-art hospital in Kobani, no concrete steps in this direction has been done yet.

"We do not have the necessary medical equipment and we desperately need more medicines, including painkillers and vaccines, to help stave off epidemics. We need the international community to help resolve the humanitarian catastrophe that our region is going through," he said.

Syria has been mired in a civil war since 2011, with government forces fighting numerous opposition factions and Islamic terrorist groups, including Daesh.

Kobani is currently home to about 200,000 people, with medicines previously supplied there from Homs and Damascus.