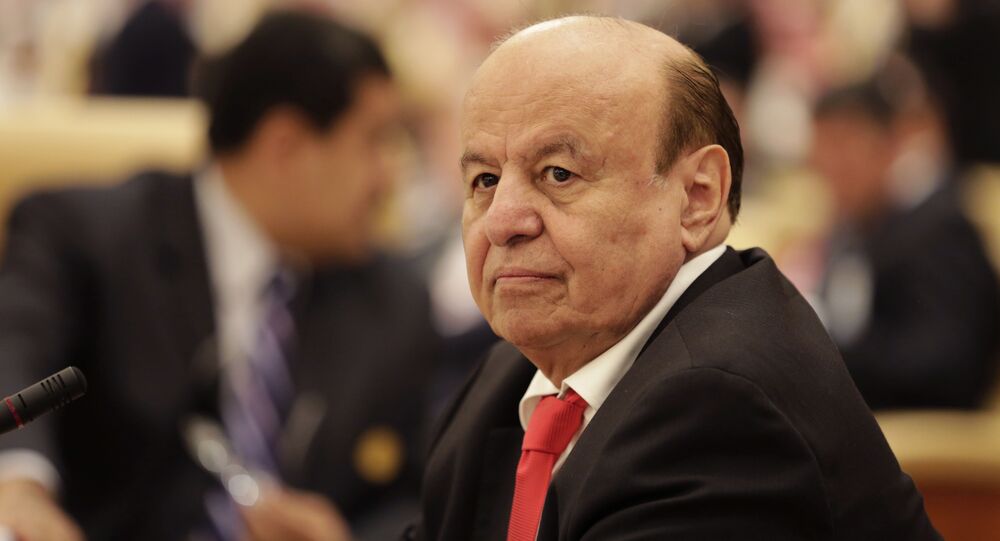 The agreement proposed by the UN envoy includes clauses on both the Houthis and Saleh forces laying down arms, withdrawing for the Yemeni capital Sana, as well as the cities of Taiz and Hudaydah, and creating a military committee responsible for overseeing the process, the Sky News Arabia channel reported.

The Hadi government delegation has reportedly told Ahmed that its side would sign the document in case the Houthi side does likewise before August 7. However, the Houthis refused approving the proposal and have insisted on forming a national unity government, according to the media outlet.

Since 2014, Yemen has been engulfed in a military conflict between forces loyal to Hadi and the Houthis, also known as the Ansar Allah movement, which is the country’s main opposition force.

Since March 2015, a Saudi-led coalition of mostly Persian Gulf countries has been carrying out airstrikes against the Houthis at Hadi's request despite a ceasefire agreed in April.

UN-brokered talks to end the Yemeni conflict started in Kuwait on April 21. On July 20, the Kuwaiti government gave the warring sides 15 days to settle the crisis before it would stop hosting the talks.