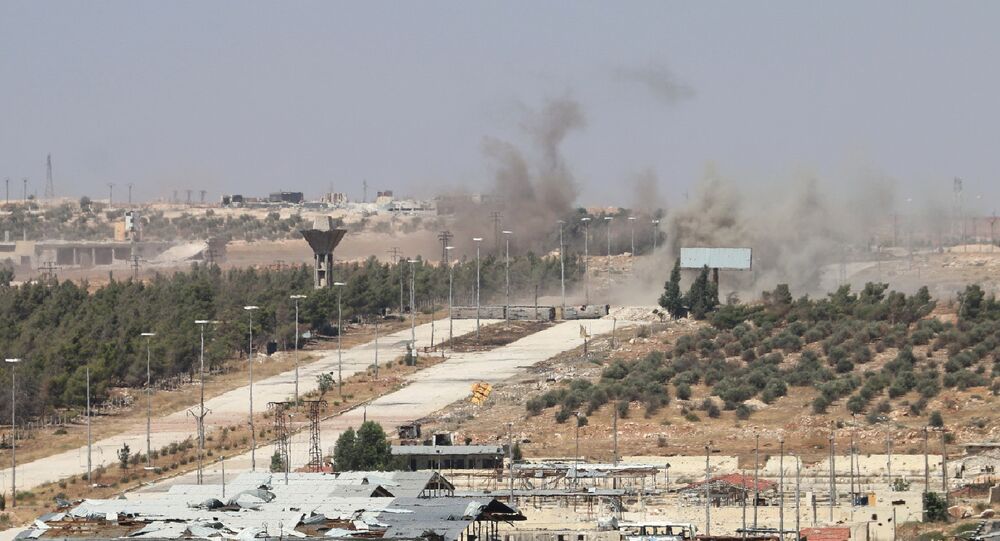 © REUTERS / Hosam Katan/File photo
Russia, Syria Launch Mass Humanitarian Operation in Aleppo
MOSCOW (Sputnik) – Aleppo has been split between Syrian government and opposition forces occupying respectively the western and eastern districts. The parties have been assaulting each other despite the agreed ceasefire.

"The EU calls for an immediate humanitarian pause in fighting to ensure medical evacuations and the delivery of medicine, food and water from and into Eastern Aleppo," the EU officials said in a joint statement.

They said the eastern areas were facing starvation in a few weeks after the only road into eastern Aleppo was cut off earlier in July. The statement also called for an immediate lifting of sieges across Syria and unhindered country-wide humanitarian access.

Earlier on Thursday, Syrian President Bashar Assad promised an amnesty to militants who would lay down arms within the next three months.

US Strengthens Measures to Prevent Abuse of Humanitarian Aid in Syria