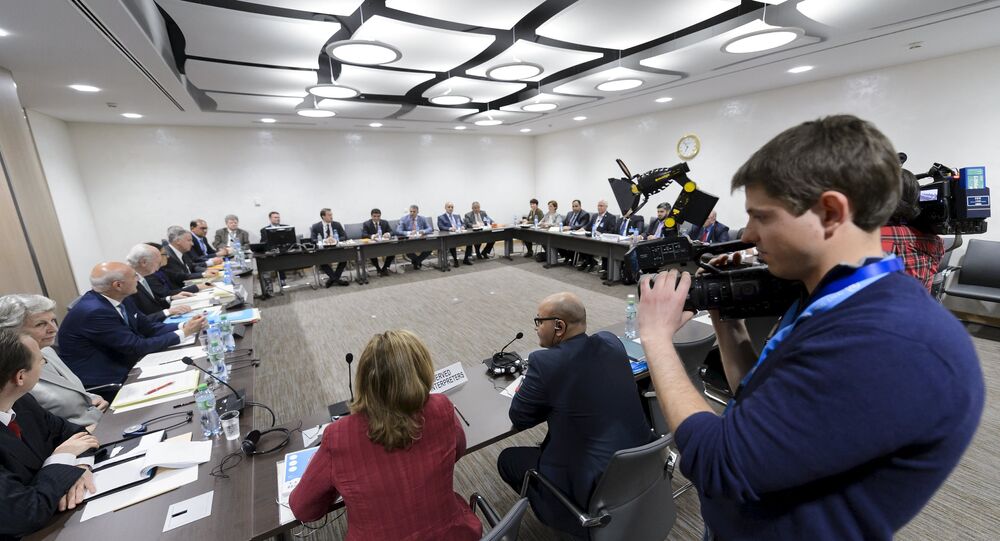 Syria’s opposition High Negotiations Committee (HNC) is stalling for time in talks with the government in hopes of getting the upper hand after a new president takes office in the United States, a member of a Latakia-based Hmeimim opposition faction said.

"At this stage, this [HNC] group’s main goal is to keep stalling for time to prevent the Syrian conflict from running its course. It will continue doing so until at least a new president has been elected in the United States," the Hmeimim group leader Ilian Masaad from western Syria’s Latakia told Russia’s Izvestia newspaper.

© AP Photo / Hassan Ammar
Damascus Ready for Intra-Syrian Peace Talks Without Preconditions - Foreign Ministry
Masaad predicted that presumptive Democratic nominee Hillary Clinton, who is expected to be endorsed formally at this week’s convention, will eventually take up residence in the White House. He said the former US secretary of state would then proclaim her intent to fight against the Syrian government.

The opposition faction’s leader added, however, that the recent meeting between Russian Foreign Minister Sergei Lavrov and his US counterpart John Kerry gave hope for ending violence in Syria and launching political process.

Russian, US and UN foreign policy officials are scheduled to meet to discuss Syria in Geneva on Tuesday and Wednesday.