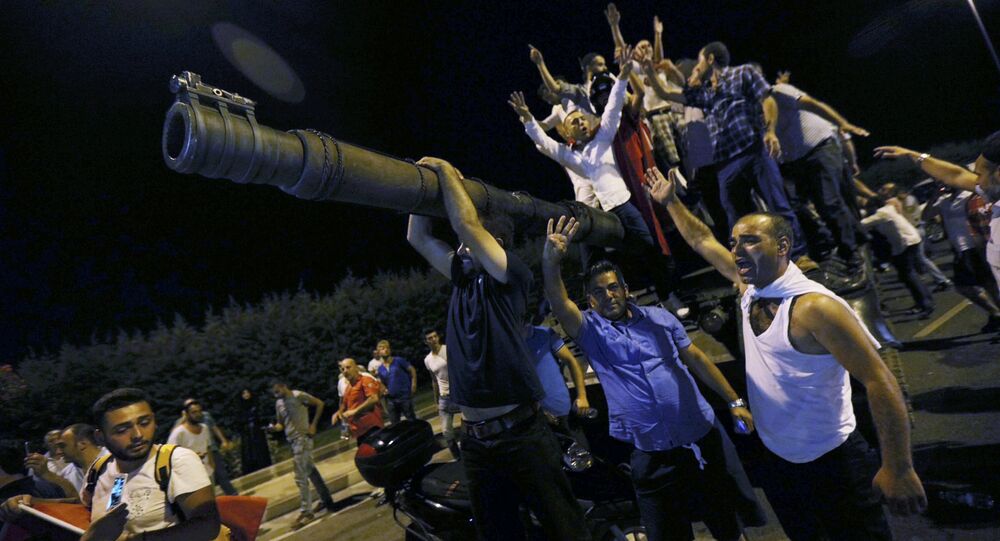 The attempted coup in Turkey has consolidated the country and made all major parties, including the opposition, unify in their goal to protect democracy, Zeynap Jane Kandur, Member of the Justice and Development Party’s (AKP) Istanbul Administration, told Sputnik.

According to Kandur, people have come out into the streets to express opposition to the coup.

"Everyone has gone out to the streets, they are claiming the country back. Turkey has had so many coups in the past 50 years, it simply cannot happen anymore. Turkey is not a place for the coup any more," Kandur said.