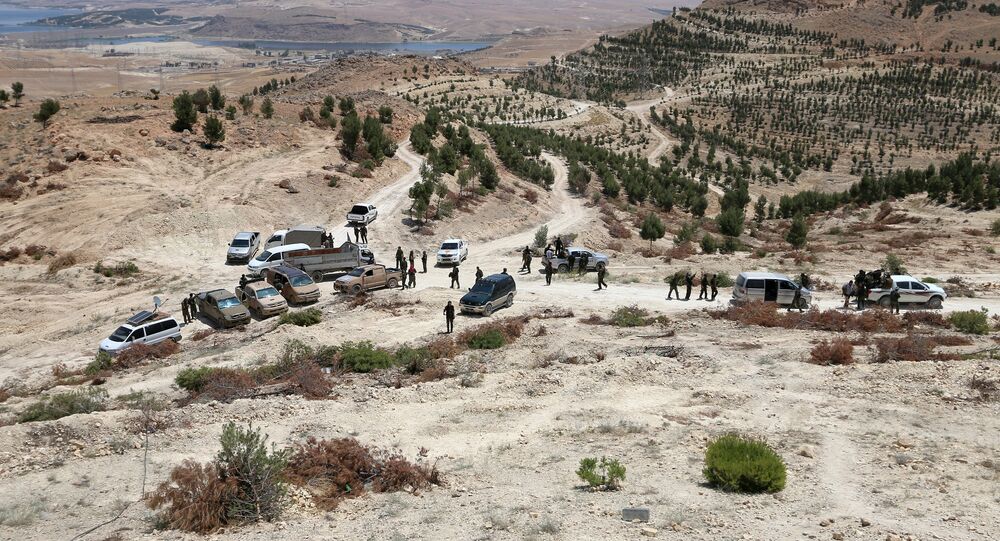 In an effort to tip the balance in the fierce fight to free the city from Daesh, SDF forces in Manbij have called in reinforcements from Kobane, Hasakah and Qamishli, in north-eastern Syria.

In the past 35 days, the operation has forced Daesh terrorists to flee 200 of the towns and villages surrounding Manbij.

On Monday the US-led anti-Daesh coalition carried out eight airstrikes against the terrorists, aimed at destroying their infrastructure and weapons, including cars laden with explosives.

However, the presence of civilians in Manbij has complicated the task of carrying out airstrikes on Daesh positions in the city.

It was first captured by Free Syrian Army forces in 2012, before coming under the control of Daesh in 2014.

© REUTERS / Rodi Said
US-Trained Fighters Participate in Operation to Liberate Manbij From Daesh
Manbij Military Council commander Serdar Heci told Sputnik that Daesh is putting up a fierce fight to keep the city, but that his forces are winning the battle.

"Daesh militants have been carrying out attacks for several days with the aim of breaking the siege of the city," Heci said.

"Yesterday (Monday) jihadists attempted an attack on three fronts, on the villages of Dadat and Gerbete, (but) our forces put up strong resistance."

"More than 100 militants were killed and two tanks were destroyed by the coalition forces. As a result, our forces were able to regain control of several settlements which had previously been under terrorist control," Heci said.

"Daesh is constantly trying to attack, but all these attempts are unsuccessful thanks to the coordinated actions of our forces."

US-Trained Fighters Participate in Operation to Liberate Manbij From Daesh

Race for Raqqa: What is Behind US-Backed Rebels' Plan to Seize Manbij