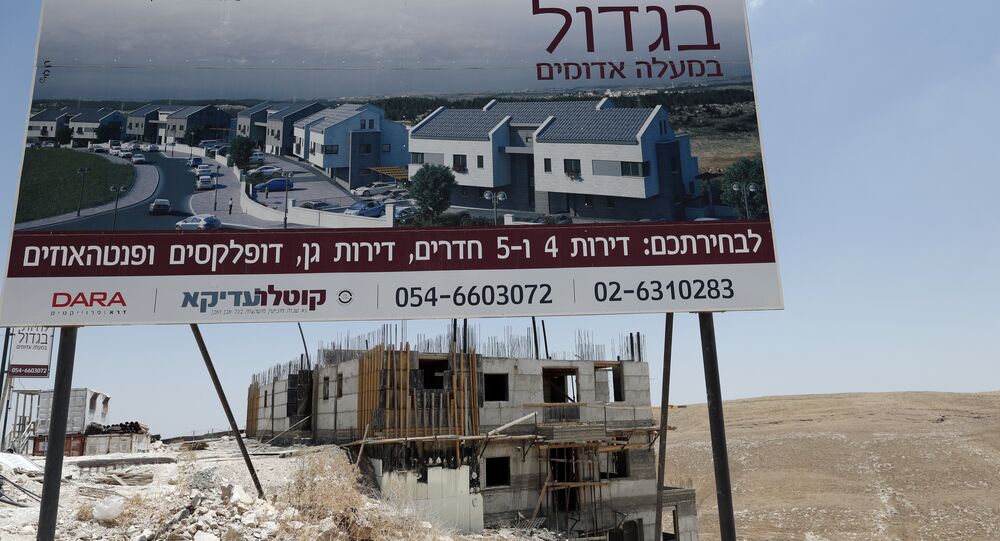 UN chief Ban Ki-moon has hit out at Israel following the approval of a new wave of Jewish settlements in the occupied West Bank, labeling the decision "deeply disappointing." It comes just days after international diplomats warned such actions could erode the possibility of a two-state solution.

Ban reaffirmed his opposition towards the construction of Israeli settlements in Palestinian Territories, saying that they "are illegal under international law" and called on the Israeli government to "halt and reverse such decisions in the interest of peace and a just final status agreement."

The criticism came after Israeli Prime Minister Benjamin Netanyahu and Defense Minister Avigdor Lieberman approved the planning of 560 new Jewish homes to be built in the Maale Adumim settlement, east of Jerusalem.

On top of the permission for extra houses to be built in Maale Adumim, the government also approved for 240 new dwellings to be built in parts of east Jerusalem, along with new units for Palestinians to be constructed in other parts of the city.

The issue of Israeli settlements in occupied Palestinian Territories is already a tense one, however the recent announcement has drawn additional ire from the international community as it came just days after an international report warned that such actions were putting in doubt the possibility of a two-state solution.

​A report from the international diplomatic quartet — consisting of the US, United Nations, EU and Russia — was hugely critical of Israel's policy of constructing settlements, while it also called on Palestinians to halt attacks against Israelis.

Saeb Erekat, secretary general of the Palestine Liberation Organization, took aim at the recent settlement announcement as well as the lockdown on the Hebron region of the West Bank.

​"The reason for the continuation and the diminishing and declining prospects for the two-state solution is not incitement. It is the occupation itself," he said.

"A good example, just 24 hours after the release of the Quartet report [July 1], the governorate of Hebron with its population of around 700,000 people is under total military siege."

The flare in tensions comes amid an ongoing spate of violence.

A week ago, a 13-year-old Israeli-American girl was stabbed to death in an Arab settlement on the outskirts of West Bank, which along with other attacks on Israeli citizens, prompted Israeli officials to put the city in lockdown and search for assailants.

The increase in violence has led to the deaths of 234 Palestinians, 34 Israelis and four foreigners since October last year.