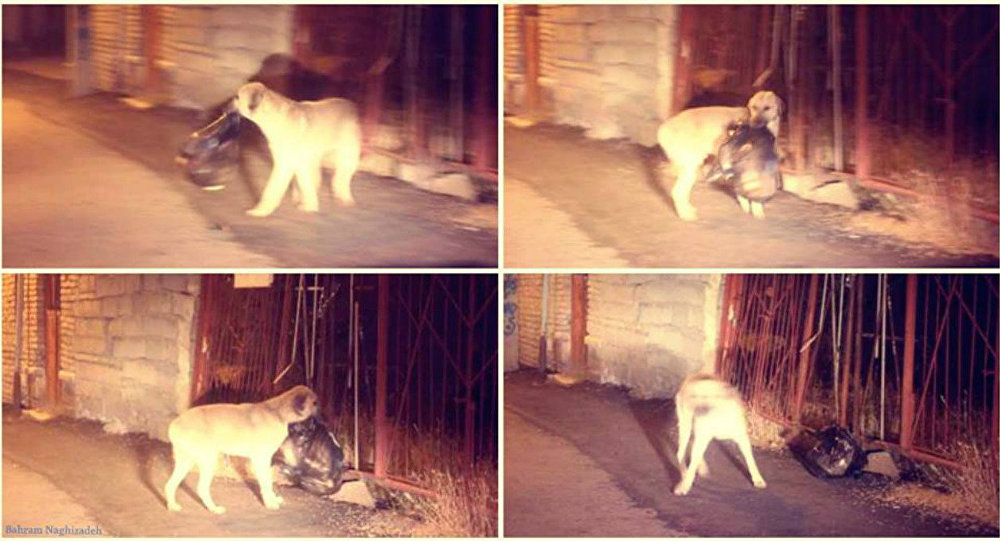 A dog in Iran has amazed local residents by coming out at night to clear trash from the city streets. 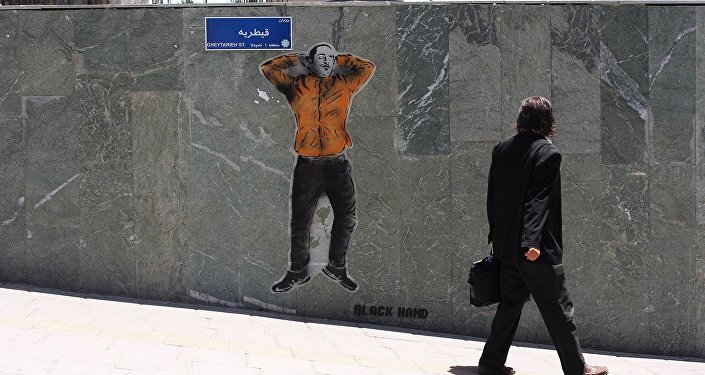 © Photo : Black Hand facebook
The Black Hand of Art: Iranian Banksy Prowls the Streets of Tehran
Astonished residents in the Iranian city of Khalkhal have spotted a local dog which spends its evenings picking up trash left behind by humans.

According to a report from the Iranian news agency IRNA, the dog waits until after midnight to come out and clear rubbish from the streets, when they are free of people.

The dog appears to be shy about its environment-saving activities – if it sees a person, it runs for cover before returning to work when they have gone.

​The dog grips bags of garbage with his teeth, and takes them to the nearest rubbish bin. Local people told IRNA that the dog may have been trained to clean the streets by local municipal officials.

​The report from Iran is not the only one about a dog which has been trained to clear up after humans.

Last month, local Russian TV channel TVK interviewed a resident of the Siberian region of Krasnoyarsk, after other residents reported seeing her dog, called Ponchik (doughnut), picking up rubbish and taking it to the bin in a local park.

'A canine janitor has appeared in Zheleznogorsk,' reported TVK.​

"Then I started to encourage it, I told him, 'there's a bottle, take it to the rubbish bin,'" Lyudmila said.

"I often walk in the park and I am amazed by this dog," said another resident.

"I wonder at how so smart and neat she is, in comparison with some of our townspeople," she said.

This Guinness Record-Holding Dog is a Balloon Popping Machine

Bouncing Dog Frolics in the Field

Heap of Promise: Iran's Newest Hotel Will Be Built Out of Trash