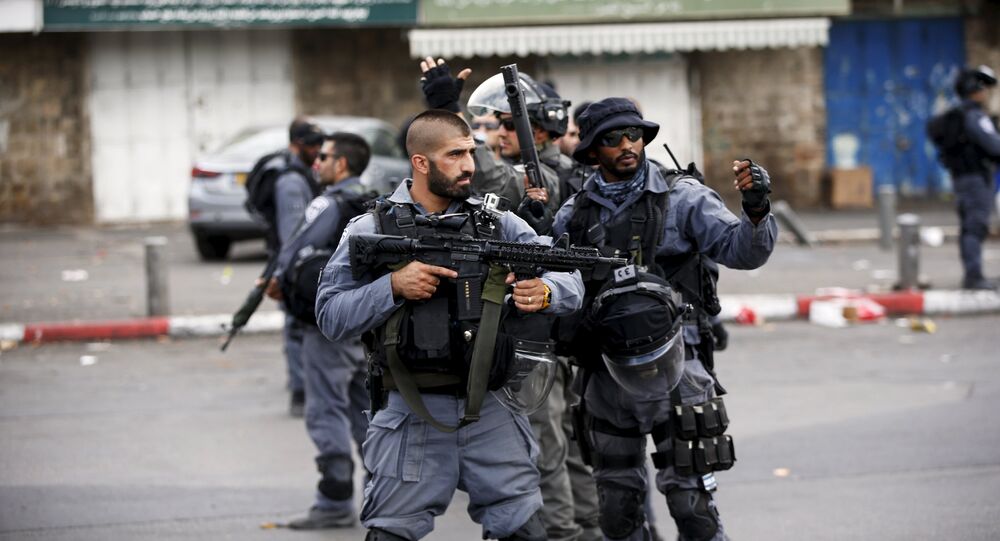 Israel closed its borders for the Palestinians until Sunday making an exception for participants of the Friday prayer in Jerusalem mosques ahead of the Jewish holiday of Shavuot, a spokesperson of the Israel Defense Forces (IDF) told RIA Novosti Friday.

TEL-AVIV (Sputnik) – Closing borders for the Palestinians before Jewish holidays is a common practice of the Israeli authorities. However, the most recent IDF announcement comes following the Wednesday's shooting in Tel Aviv, when two Palestinian gunmen from the Hebron area opened fire near the Sarona market, killing four people.

"In accordance with the government’s instructions and basing on the ongoing assessments of the operational situation, since today checkpoints on borders with the Gaza Strip and Samaria and Judea [Israeli acronym for the West Bank] will be opened for the Palestinians only for medical and humanitarian purposes," the spokesperson said.

© AFP 2021 / HAZEM BADER
Israel to Deploy More Soldiers to West Bank After Deadly Tel Aviv Shooting
According to the IDF representative, the Palestinians will be allowed to take part in the Friday prayer on the Temple Mount in Jerusalem.

"The checkpoints will also be opened for the Palestinians on Friday for participation in prayers on the Temple Mount," the spokesperson said, explaining the decision with security concerns ahead of the Jewish holiday of Shavuot.

In response to the Wednesday's attack, the Israeli authorities have revoked 83,000 permits for Palestinians to visit Israel and travel abroad during the Muslim holy month of Ramadan and announced deploying two more battalions in the West Bank.