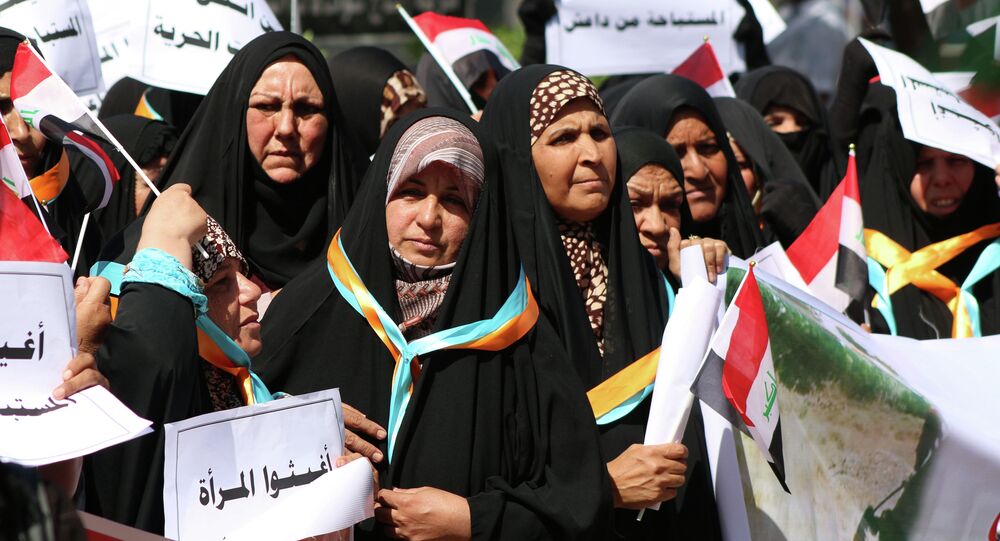 In Mosul, Iraq, Daesh extremists have publicly burned alive 19 Kurdish women who rejected to be the militants’ sex slaves.

The cruel execution took place Thursday on one of the squares of Mosul, the Iraqi stronghold of Daesh, in front of hundreds of residents. On the site, Daesh terrorists reportedly locked the women in an iron cage and burned them alive.

"They were punished for refusing to have sex with Daesh militants," local activist Abdulla al-Malla told the Kurdish news agency ARA News. "Nobody could save them from the savage execution."

Radical Islamists seized the north of Iraq in 2014. Around 400,000 residents managed to flee the territory, but tens of thousands of the local Yazidi population couldn't escape. In recent years, many representatives of the religious minority have been murdered, abducted and raped.

© Photo : Pixabay
Daesh Selling Sex Slaves on Facebook - Part of Global Misogyny Trend
Thousands of Yazidi women and girls are being kept by Daesh militants as sex slaves, often traded around, and denied food and rest. Those who escaped say some women have committed suicide to save themselves from the horror of being a Daesh captive.

The UN estimated that the terrorist group keeps some 3,500 people in slavery, mostly Yazidi women. In the territories occupied by Daesh, any person of a different religion or opposes their regime can be converted into a slave. The Yezidis, an ethnic group that has its own synthetic religion, are considered devil-worshipers by extremist Muslims.

Daesh, also known as the Islamic State, is an Iraq, Syria and Libya-based terrorist group that adheres to what it believes to be a pure version of Islam. They justify their numerous crimes, including cruel forms of capital punishment, by the tenets of how they imagine the religion.

Libyan Militias Drive Daesh Out of Airbase Near Sirte - Reports