Diwan al-Hisbah, the so called Daesh "morality police", is now forcing the Iraqi men living in areas controlled by the terrorist group to grow beards. 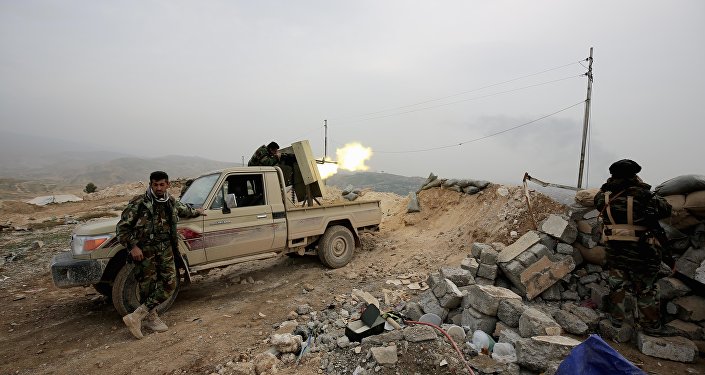 One of the residents of Mosul who managed to escape from the city told Sputnik that the Islamists’ motives, however, are quite practical.

"When all men are sporting beards and wearing shortened pants, the militants are easily able to blend in with the populace," he explained.

The man also added that those who disobey this new regulation are usually sentenced to being lashed with a whip or a jail term of no less than three weeks, so that a transgressor would end up sporting a short beard by the end of his incarceration. Men are also forced to hem or roll up their pant legs so that they don’t cover their ankles, just like Daesh militants do.

"All men in our city now have long beards. They want to blend in with the populace because they see how fast the military and the militia are advancing to liberate Mosul," he added.

Those men who shave are hunted down by the militants and dragged to Daesh courts for trial. Sometimes they get away with a fine of up to $400.

According to eyewitness reports, the local barbershops are now being closely monitored by the militants so that they only provide haircuts.

Another civilian who escaped from Fallujah told Sputnik that two young men were publicly lashed for shaving off their beards.

"A local Daesh judge imposed a fine of $400 [on someone] for shaving his beard. And in the Sabaa Nisan district, 15 men were arrested and taken away somewhere for wearing long pants and being beardless," he added.