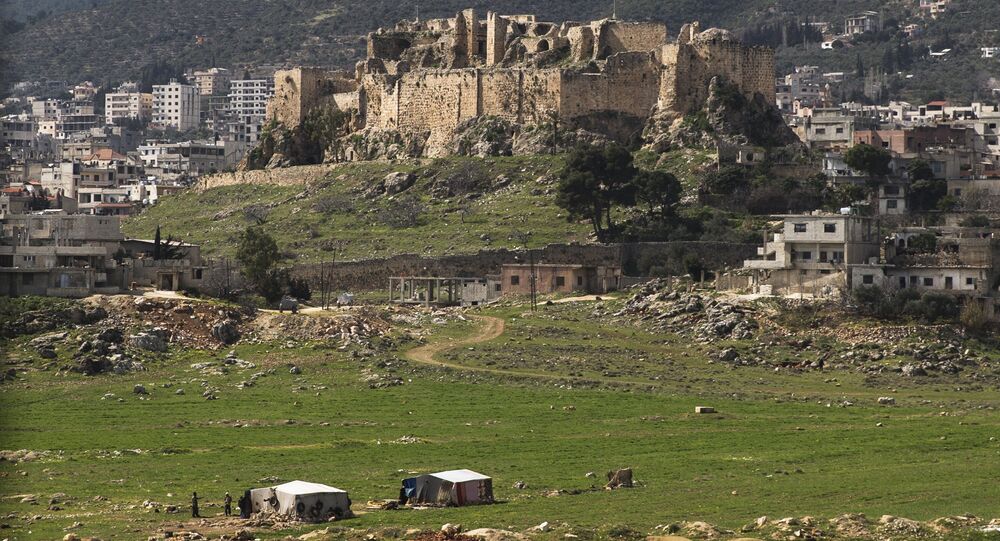 According to Russian center for Syrian reconciliation, a militant group in control of the Syrian village Samrah has laid down its arms and signed a truce with the Syrian government.

© REUTERS / Abdalrhman Ismail
Russian Military Registers Two Ceasefire Violations in Syria in Past 24 Hours
SAMRAH (Sputnik) – A militant group in control of the Syrian village Samrah has laid down arms and signed a truce with the Syrian government, the Russian center for Syrian reconciliation said Wednesday.

"A lot of work was done to make this happen. The elders in the village of Samrah and members of the Syrian government signed a truce there," Russia’s Col. Sergei Ivanov, of the Hmeimim-based reconciliation center, told reporters.

The Russia-mediated ceasefire deal was also inked by the governor of the Hama province and its security chief, who urged villagers to return to their peaceful ways.

A broader ceasefire has been in place in parts of Syria since late February. A new truce was hammered out on April 29 for Damascus and the northern province of Latakia and extended to Aleppo province in May.