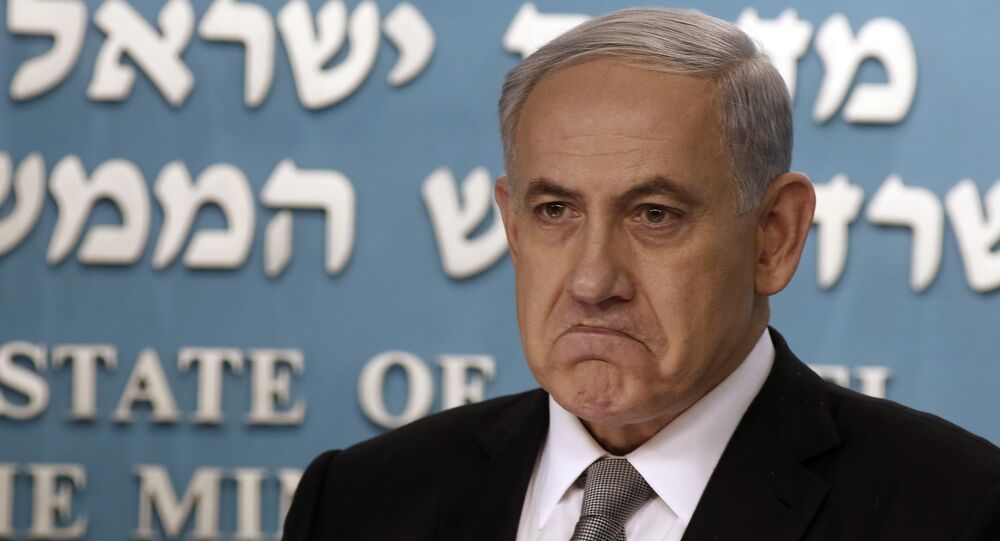 Israeli Prime Minister Benjamin Netanyahu’s office appeared to shift tactics from blaming the author of a leaked report on the 2014 Israel-Gaza war toward the prime minister’s political rivals, the Israeli press reported Friday.

MOSCOW (Sputnik) – State Comptroller Yosef Shapira was this week accused of drafting an "unserious report that reeks of politicking" on Netanyahu’s decision-making during Operation Protective Edge in Gaza. The report submitted for high-level officials’ comments reportedly found that Netanyahu, his defense minister and then chief-of-staff withheld significant information on the campaign against Hamas from other members of the Security Cabinet.

"[Draft report findings were] leaked and distorted by interested parties, among them irresponsible politicians who were members of the security cabinet," a source close to Netanyahu was quoted as saying by the Haaretz newspaper.

Those who leaked the report "know the truth but prefer to falsify it in order to make political capital," one of the paper's sources claimed.

© AP Photo / JACK GUEZ
Israel Conducts Airstrikes in Gaza in Response to Hamas Attacks - IDF
The publication, citing sources who have seen the document in question, further contends that Shapira’s "clearly critical" report presented an "overly general" threat of tunnels in the run-up to Protective Edge. The report is said to criticize the lack of preparation and the fact that there was no appropriate plan to deal with the threat of Gaza-to-Israel tunnels in the event of war.

Israeli forces recently discovered a secret cross-border tunnel in Gaza leading to Israel from where Tel Aviv believes Hamas has attacked Israeli troops at least 12 times in the past 72 hours.

Israel has responded to the attacks with tank fire and four airstrikes.

'We Didn't Get What We Expected': Israel Extends Fishing Zone for Gazans