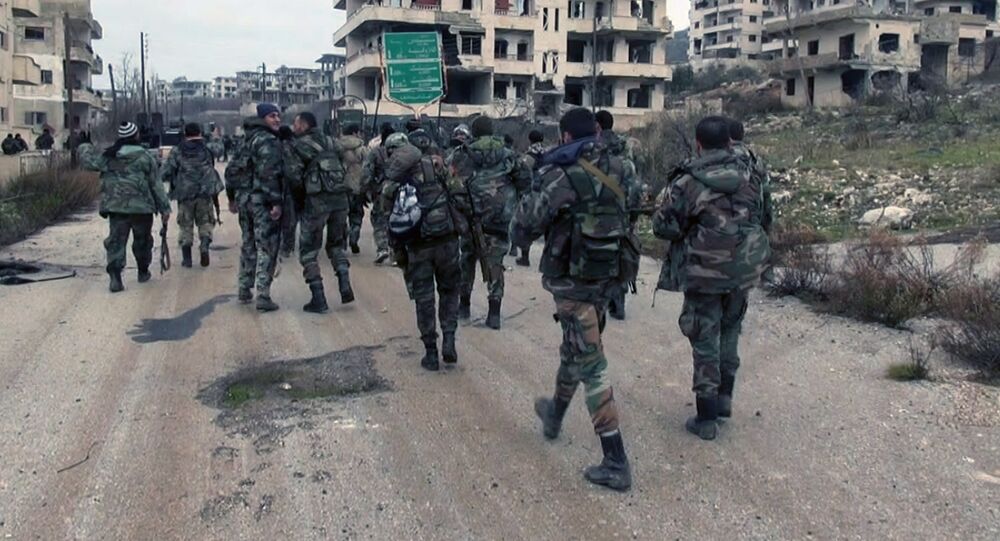 The head of the Russian reconciliation center in Syria urged the warring sides in Latakia on Friday to observe the so-called "silent period."

© Sputnik /
Syrian General Staff Confirms Implementation of 'Silent' Period in Latakia, Damascus
HMEYMIM (Sputnik) — Earlier in the day, a source told Sputnik that Russia and the United States had agreed to introduce state of cessation of hostilities in northern Latakia province and suburbs of Damascus in Syria from midnight on April 30.

"We call on all parties interested in establishing peace on Syrian soil to support the Russian-US initiative and not allow the silence regime to be disrupted," Sergei Kuralenko told reporters.

"Overall, the work that is being carried out leads to a constant reduction of the amount and intensity of shelling. In this regard, the Russian and US sides, in agreement with the leadership of the Syrian Arab Republic, are introducing a 'silence regime' for 72 hours in the northern areas of the Latakia region, starting 00:01 on April 30, 2016," the head of the Russian center for reconciliation, Lt. Gen. Sergei Kuralenko, told reporters.

Russia and the United States are in constant contact analyzing facts of ceasefire violations in Syria, added.

"During the operations of the Russian center for reconciliation, 52 militarized groups numbering 6,500 individuals operating in the provinces of Suweida, Kuneitra, Hama, Homs, Damascus, Darayya, and Aleppo have joined the cessation of hostilities regime."

Russia, US Agree on 'Silent Period' in Syria's Latakia, Damascus