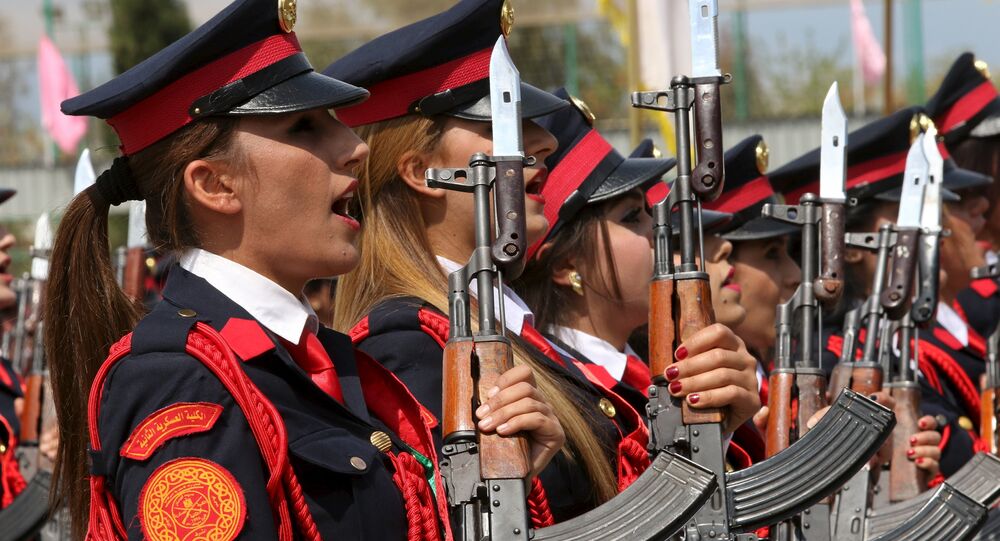 Head of Iraq’s Kurdistan Democratic Party (KDP), Hemin Hawrami, said that he hopes deliveries of Russian equipment to Iraqi Kurds will continue in the future.

MOSCOW (Sputnik) — Iraqi Kurdistan is grateful to Russia for supplying it with arms and looks forward to continued cooperation in this area, the head of Iraq’s Kurdistan Democratic Party (KDP), Hemin Hawrami, said Monday.

"I would like to express our gratitude to Russia on the behalf of Iraqi Kurdistan for [its] help in the fight against Islamic terrorism. We hope that deliveries of equipment will continue in the future," Hawrami said at a press conference in Moscow.

© AP Photo / Hussein Malla, File
Pentagon to Spend Millions Supporting Kurdish Fighters in Iraq
In March, Russia supplied the Iraqi Kurds with five ZU-23-2 twin-barreled anti-aircraft autocannons and 20,000 rounds of ammunition to help the Peshmerga militia in the fight against the Islamic State (ISIL or Daesh) militant group, which is banned in many countries including Russia.

According to Russian Ambassador to Iraq Ilya Morgunov, schedule of Moscow's arms deliveries to Iraqi Kurdistan was approved by and coordinated with the Baghdad authorities.