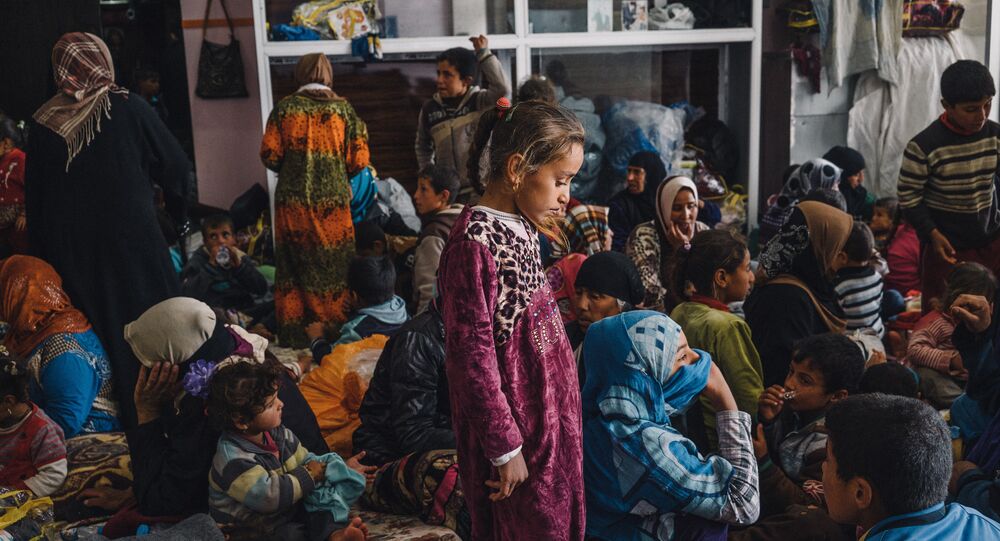 A 12-year-old girl and her teenage aunt have managed to flee to territory held by Kurdish Peshmerga fighters after escaping from Daesh terrorists who had been keeping them captive in a house in the Iraqi city of Mosul.

© AP Photo
US-Led Coalition Airstrikes Hit 18 Daesh Oil Refineries in Mosul
A 12-year-old Yazidi girl and her 17-yearold aunt managed to escape from Daesh terrorists who had kept them captive in a house in the northern Iraqi city of Mosul for four months, by spiking their tea with sleeping tablets, Bas News reported.

Iraqi MP Vian Dakhil, who is Iraq's only Yazidi parliamentary representative, told Bas News that the girls had asked the Daesh jihadis who were guarding them for sleeping tablets, since they were having problems sleeping.

"Then, they put the medicine in militants’ tea and secured their escape after they fell asleep," Dakhil said.

She revealed that the 12-year-old girl has since been reunited with her mother and sister in a refugee camp in the Duhok governorate in Iraqi Kurdistan, but two or three of her sisters are still being held in captivity by Daesh.

This #Yazidi child managed to escape from #ISIL's sex slavery prisons, after putting sleeping pills in their tea. pic.twitter.com/3hQtqrX5tV

​The girls were among thousands of Yazidis who were killed or enslaved by Daesh when the terrorist group attacked the northern Iraqi city of Sinjar in August 2015.

Sinjar, which is 120 km west of Mosul, was first overrun by Daesh in August 2014 and was liberated by Kurdish Peshmerga fighters in November 2015.

Mosul is Iraq's second largest city and has been under Daesh control since the terrorist group overran Iraqi government forces there in mid-2014.

Daesh terrorists are reportedly forcing women in Mosul into "temporary marriage or sexual jihad (jihad al-nikah)," and those women who refuse are executed.

"At least 250 girls have so far been executed by IS (Daesh) for refusing to accept the practice of sexual jihad, and sometimes the families of the girls were also executed for rejecting to submit to IS's (Daesh's) request," a Kurdistan Democratic Party (KDP) official, Said Mamuzini, told AhlolBayt.