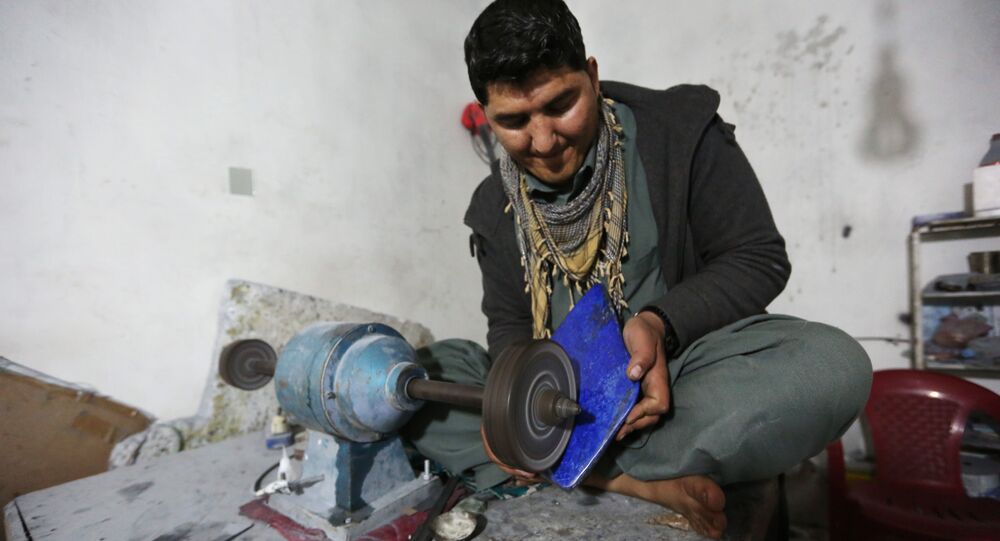 The Taliban and smugglers are profiting from the wealth of Afghan minerals, causing the country to lose millions of dollars.

Illegal mining of rare blue stones called 'lapis lazuli' in the north eastern Badakhshan province in Afghanistan has caused the country to lose out on millions of dollars in revenues.

The mineral wealth is seen as the best hope for funding development of Afghanistan which is seen as one of the world's poorest countries. However illegal mining by the Taliban and smugglers has meant that control of the minerals is costing the country millions of dollars in lost revenues.

The central government has tried to reign in the corruption, which has only added further debt to their economy.

However, these stones have also become the main source of income for the Taliban, smugglers and local warloads.

Smugglers bribe local officials, who turn a blind eye as they transport the gems to Kabul and Pakistan for sale.

Stephen Carter, Afghanistan campaign leader at international advocacy group Global Witness, said the country's mining sector "funds armed groups and is a major source of instability and corruption, not just in Badakhshan but across the whole country."

Describing lapis lazuli as a microcosm of the mining sector, he said that without transparency and security in mining areas, "there is a real risk Afghanistan could face a chronic, resource-driven conflict."

SIGAR
Mining in Afghanistan: Another Failed Program, Half a Billion US Dollars Later

Javid Mujadidi, a Badakhshan lawmaker, estimates that 70 per cent of the proceeds from the lapis lazuli "goes to the Taliban, who have a presence at the mine," located in the province's Kuran-wa-Munjan district in the mountains near the border with Pakistan. The extortion has helped fund the insurgency's spread from the southern heartland to the previously peaceful Northern provinces.

It is not just these rare stones that Afghanistan has reserves of, they also have coal, copper, iron, ore, zinc, mercury and rare gems such as rubies and emeralds. These have been valued at up to US$3 trillion.

Mining in Afghanistan: Another Failed Program, Half a Billion Dollars Later