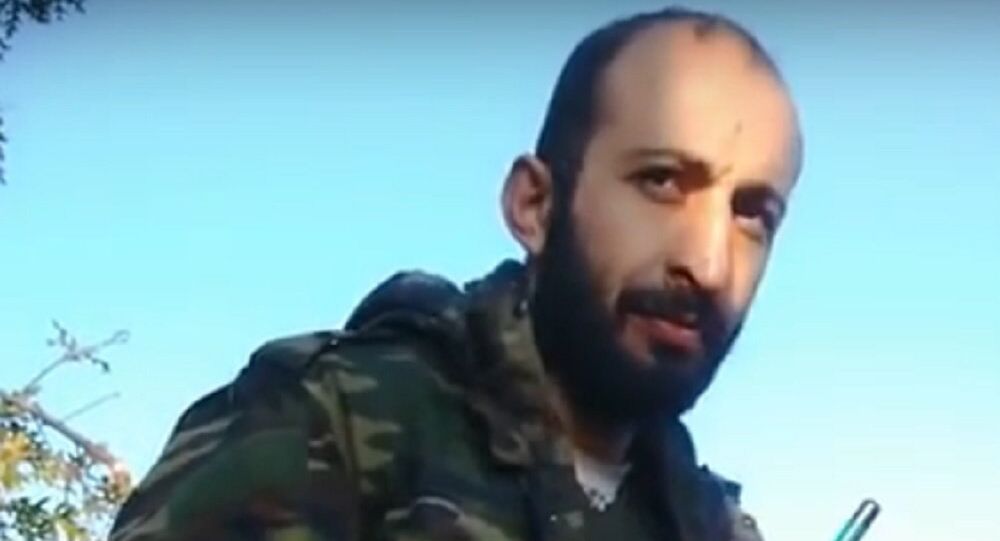 Although Turkish ultranationalist Alparslan Celik was arrested and questioned by Turkish authorities, he wasn’t charged with killing a Russian Su-24 pilot, Celik’s lawyer Murat Ustundag told Sputnik in an interview.

Ustundag said that although Celik was questioned at an Izmir court about his alleged involvement in the killing of Russian pilot Oleg Peshkov whose Su-24 was shot down in Syria last November, he didn't receive any punishment.

"In the Prosecutor's office my client was asked to give detailed statements, including about the murder of the Russian pilot, but no charges were laid against him. The arrest of my client wasn't connected to this case," Ustundag told Sputnik.

The lawyer added that it would be impossible to determine who exactly was responsible for the killing of the Russian pilot, as the events were taking place in a war zone with hunderds of people involved in the fighting.

"Given this the allegations against my client about this murder are unfounded and unproven," Celik's lawyer explained during an interview to Sputnik.

© Photo : Youtube/Sinan Syr
No Regrets: Alleged Killer of Russian Su-24 Pilot Pleads Guilty But Says He'd Do Killing Again
Interestinly, on April 3, Dogan News Agency reported that Celik plead guilty for the murder of the pilot in the court.

Celik was arrested in Izmir with 13 other people in a restaurant. Turkish authorities charged Celik with possession of illegal arms. Celik is also reportedly suspected of having misappropriated funds gathered as aid for Syrian Turkmens, as well as distributing counterfeit money and helping organize a prison breakout.

"All of them are Turkish citizens who met during military action in Syria. They've developed close friendships in Syria based on the idea of nationalism," Ustundag commented on the arrest of Celik and his friends.

Ustundag also said that charges are not laid against those who went to Syria to fight and then returned to Turkey. He also added that there are a lot of young men from Turkey who traveled not only to Syria but to other countries to take part in military conflicts.

© Photo : Vadim Savitsky / Russian Defense Ministry
Turkey Shows No Inclination to Admit Guilt for Russian Su-24 Downing So Far
According to the lawyer, Russia can't demand the extradition of Celik because he's a Turkish citizen and his trial can only be conducted by Turkish authorities.

Celik was a member of Syrian Turkmen rebels who are fighting against the Syrian government in the northern part of the country. He is said to be the son of a Turkish politician, who served as the mayor of Keban, a small town in the province of Elazig.

Celik is a member of the Grey Wolves, a Turkish youth organization often described as ultranationalist or neo-fascist. The group, particularly active in the 1970s and the 1980s, is said to have killed hundreds of people in Turkey. The Grey Wolves are affiliated with the far-right Nationalist Movement Party (MHP), the fourth largest party in Turkey.

Alparslan Celik: What is Known So Far About Alleged Killer of Su-24 Pilot