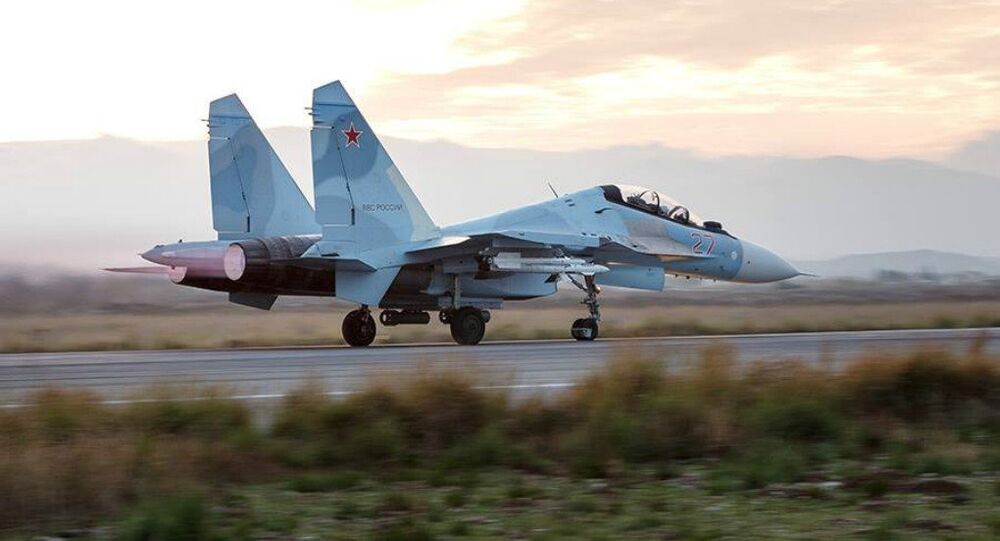 The Syrian president stated that Russia has contributed to the peace process in Syria greatly.

“Let’s make a simple comparison. What was the situation like before the operation of Russia’s Aerospace Forces in Syria, when the Western coalition formed over a year and a half ago was acting 'on the ground?' Terrorism expanded its presence, occupying most of the territory of Syria and Iraq. And how did the situation change six months after the start of the Russian operation in Syria? Terrorist forces began to retreat, especially Daesh [IS]. So, the reality itself proves the fact that Russians, in our opinion, have achieved great success, especially in the military sphere, on the battlefield, causing significant damage to terrorism,” Assad said.

He added, however, that “the war on terror is not over, it continues.”

Syrians are interested in Russia’s military presence remaining in the country in the future, Syrian President said.

“And I do not think that the Syrian public opinion is interested in the Russian support ending right now or in the future, and, as a result, the Russian contingent being withdrawn,” Assad said.

After the third round of intra-Syrian reconciliation talks in Geneva, UN Special Envoy for Syria Staffan de Mistura published a document containing 12 principles. The Syrian government and opposition will study the document before the next round and either agree to it or make amendments to it. One of de Mistura's suggestions is to forbid the presence of foreign military forces in Syria.

When Assad was asked whether Russia could establish a permanent base at Hmeimim, the Syrian leader said the invitation of foreign contingents to any sovereign state is the sole right of that state and no one can limit this unless the country itself has included such a ban in its constitution.

"Such a constitution does not exist right now. And I do not think that the Syrian public opinion is interested in the Russian support ending right now or in the future, and, as a result, the Russian contingent being withdrawn," Assad said.

Assad emphasized that Syria still remains "in the heart of a battle that is not over yet," so the size of the Russian contingent deployed to the Hmeimim Airbase should be proportionate to the size of the terrorist threat, as well as the spread of terrorism in Syria.

"Terrorism is still strong. It is true that we, together with the Russian forces, have achieved success in the task of reducing the scope of terrorism, but, nonetheless, it is still strong: there are volunteers arriving from abroad, Turkey continues to support terrorism, as well as Saudi Arabia and other states, so the contingent deployed [at Hmeimim] must not be smaller in number than what is necessary for the fight against terrorism," Assad said.

Assad added that only after terrorism is completely uprooted, Russia should begin reducing its contingency.

"I think that the Russian government will itself reduce the contingent that it will not be using, then we'll have a different conversation," he said.