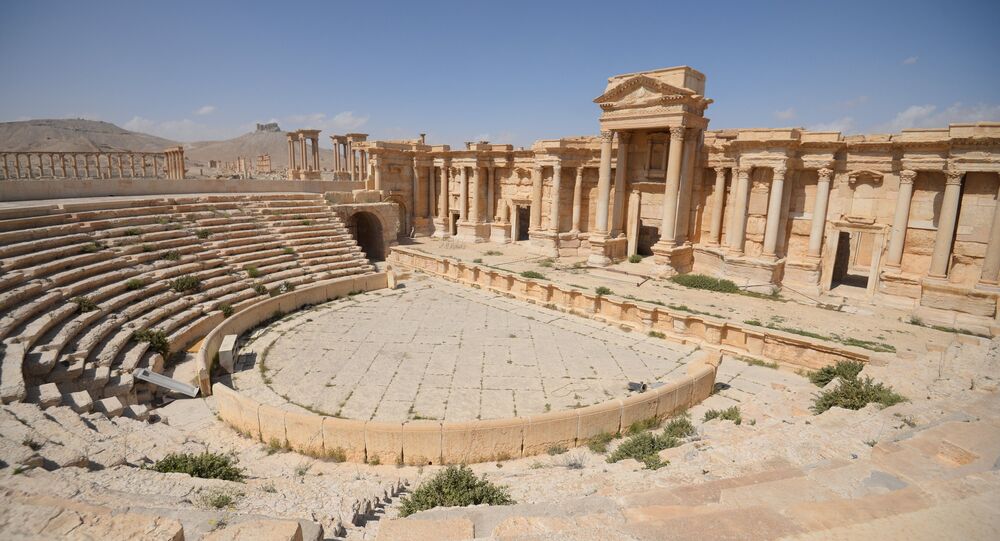 UNESCO is working closely with the Syrian government on the restoration and preservation of world heritage sites across Syria and has already sent several fact finding missions to areas where the security situation has allowed it to do so, UNESCO Emergency Preparedness and Response Unit Chief Giovanni Boccardi told Sputnik Monday.

© Sputnik / Mikhail Voskresenskiy
Global Media Praise Palmyra Liberation as 'Substantial Victory' for Damascus and Moscow
MOSCOW (Sputnik) — He stressed that experts had already been sent to Damascus and Crac des Chevaliers, where the security situation is much better than in the old city of Aleppo, for example.

“UNESCO is in fact working very closely with the national authorities and the missions have already gone, though we did not talk about it for security reasons, to areas which were accessible to us,” Boccardi said.

Boccardi also said that the organization was working with official Damascus on a daily basis “to support them in the effort to protect the cultural heritage even now.”

Moreover, UNESCO intends to conduct a fact finding mission in the liberated Syrian city of Palmyra as soon as possible, but needs the security and political situation in the region to be stabilized first.

“UNESCO is planning to do so [send experts to Palmyra to assess the damage] as soon as possible, but we do not have [a] time yet because it depends on [the] security situation and consultations with people responsible for the antiquities department in Syria. We have not been able to have this discussion yet,” Boccardi said.

He added that at the moment, the area was still full of explosives and mines, which makes the start of the fact finding mission more complicated.

Boccardi said that Syria’s Directorate-General for Antiquities and Museums had already sent its experts to the site but “it will be important for UNESCO to be able to conduct an overall assessment of the state of the cultural heritage after one year in the hands of the Islamic State.”

He stressed that a UNESCO assessment was necessary to provide international support to the national authorities in restoring the historic city.

© Sputnik / Mikhail Voskresenskiy
Picking Up the Pieces in Palmyra: Part of an Ancient World Heritage Site Survives Daesh
UNESCO intends to engage experts from around the world in the restoration of Palmyra and its ruins in Syria.

"I think we will have to [invite international experts to restore the city], because Palmyra is a site which has been studied by many archaeological expeditions and the rehabilitation of the site is a gigantic undertaking which will require the international effort [in] the mobilization of the international community, so UNESCO intends to do so, to bring in all the experts that have knowledge about the site and can contribute to its restoration," Boccardi said.

The city of Palmyra and its historic ruins had been under Daesh control since May 2015. Daesh jihadist group, which is outlawed in many countries, including Russia and the United States, has destroyed part of the ruins, which are a designated UNESCO World Heritage site.