MOSCOW (Sputnik) — The Syrian army confirmed Sunday that it had liberated the historic city of Palmyra from Daesh terrorist group with support of national aviation and Russian Aerospace Forces.

"A detailed discussion was held on the Syrian issue, first and foremost in regard to the successful actions of the Syrian army, which was able to push Daesh extremists out of the historic city of Palmyra with the help of Russian Air Forces. It was noted that this was a truly significant event," the press service said in a statement. 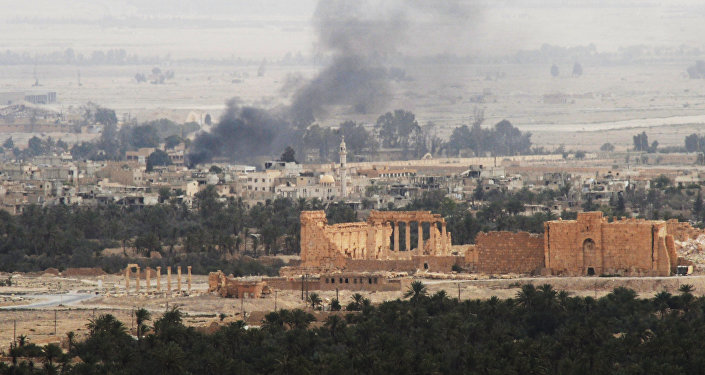 © Sputnik / Mikhail Voskresenskiy
Palmyra Victory Proves Syria 'Can Crush Terrorists With Its Own Forces’
The two leaders also discussed a number of bilateral issues and agreed to boost contacts on various levels. The talk was initiated by Moscow.